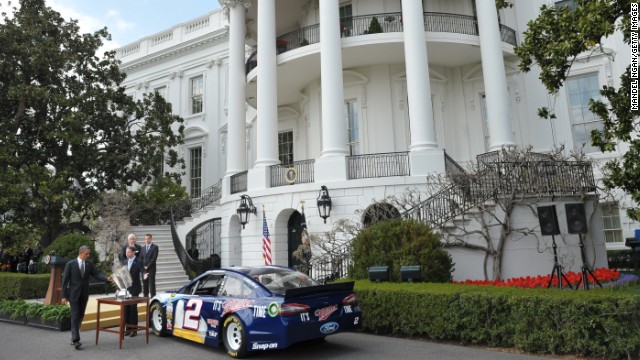 "Obviously we've had this event scheduled for some time and events have a way of intervening," Obama said during the event on the South Lawn.

"One of the things I firmly believe in is that America is strong and resilient and we don't let such cowardly acts get in the way of our lives," he added later.