Democratic candidate Elizabeth Colbert Busch and allied groups have spent well over half a million dollars to date on broadcast and cable ads in the Charleston and Savannah media markets, which blanket South Carolina's First Congressional District.
END_OF_DOCUMENT_TOKEN_TO_BE_REPLACED

CNN's Dana Bash shows how the FBI followed the ricin case trail to an Elvis impersonator, who was subsequently arrested.

In an interview on CNN's "The Situation Room with Wolf Blitzer," Romney also stressed the importance of learning from such terror attacks and opened up about how his faith plays a role in times of crisis.
END_OF_DOCUMENT_TOKEN_TO_BE_REPLACED

Washington (CNN) – After Senate Majority Leader Harry Reid announced that he was pulling the gun legislation bill, the odds that any new restrictions on guns would move in the Republican-led House shifted from slim to virtually none.

"Right now it doesn't look good," New York Republican Rep. Peter King told CNN, summing up the chances that his bill - identical to the bipartisan compromise developed in the Senate expanding background checks for many gun sales - could pass in the House.
END_OF_DOCUMENT_TOKEN_TO_BE_REPLACED 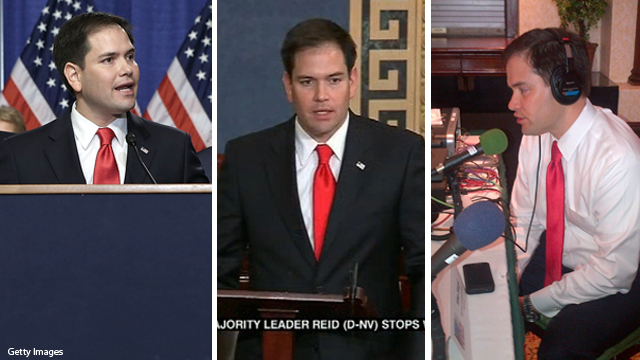 Washington (CNN) - Marco Rubio is on a full-court press on immigration reform.

On Thursday, when Rubio and the seven other senators who make up the bipartisan "Gang of Eight" formally introduced their comprehensive reform bill in a high-profile news conference, the first-term Republican senator from Florida did 10 interviews on conservative talk radio. That follows the four interviews he gave the previous day.
END_OF_DOCUMENT_TOKEN_TO_BE_REPLACED 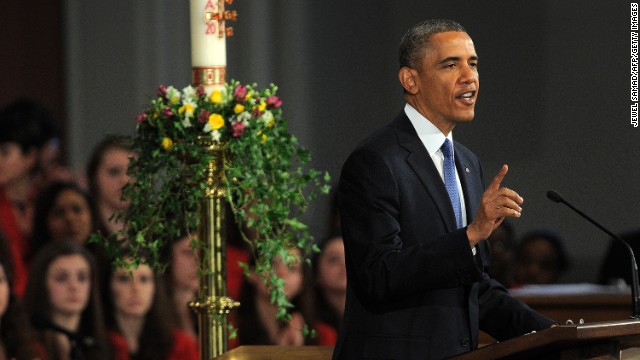 LASTEST FROM BOSTON: A source who receives regular intelligence briefings on the Boston bombings tells CNN that two individuals whose photographs were circulated to law enforcement agencies on Wednesday are no longer of high interest to investigators. The source said the two individuals had been considered potentially important to the investigation yesterday, but are less so today. One of the individuals had been carrying a black back-pack close to the scene of one of the bombings that appeared similar to one recovered at the scene. – Deborah Feyerick

GUNS: REID TO SHELVE GUN BILL… Senate Majority Leader Harry Reid said Thursday he'll set aside proposed gun legislation without a final vote following the defeat a day earlier of major provisions sought by President Barack Obama and Democrats in the aftermath of the Newtown school massacre. “(Obama) and I agreed that the best way to keep working towards passing a background check bill is to hit pause, and freeze the background check bill where it is,” he said on the Senate floor. “This will allow senators to keep negotiating.” – Dana Bash

END_OF_DOCUMENT_TOKEN_TO_BE_REPLACED 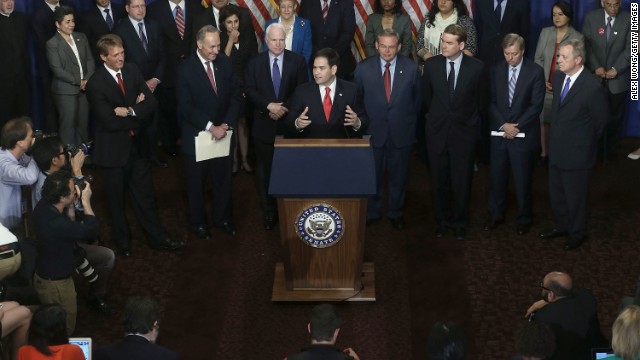 The latest attempt at comprehensive immigration reform is the product of 24 meetings among the bipartisan "Gang of 8," whose members said Thursday they were confident they could convince their Senate collegues to join them in support of the measure.
END_OF_DOCUMENT_TOKEN_TO_BE_REPLACED

Washington (CNN) – The Democrat who worked to expand background checks in the Senate told a group of reporters Thursday that the National Rifle Association's "scoring system," in which the group grades members of Congress, combined with members' fear of being seen as flip-floppers, derailed the measure.

Sen. Joe Manchin, D-West Virginia, who worked alongside Sen. Pat Toomey, R-Pennsylvania, said the NRA's decision to include votes on the bipartisan amendment in its important rankings dissuaded members in pro-gun states from stepping up. "If they hadn't scored it, we'd have gotten 70 votes," he said. "I predict 70 votes without a scoring." He also vowed to bring the measure back at some point for a vote.
END_OF_DOCUMENT_TOKEN_TO_BE_REPLACED

Washington (CNN) - Opponents of a bipartisan Senate effort to reform the nation's immigration policies calculate that dragging out debate by offering so-called "poison pill" amendments designed to tank support and stoking conservative ire on the airwaves will derail the proposal.

It is a strategy that stymied the immigration overhaul efforts of 2007.