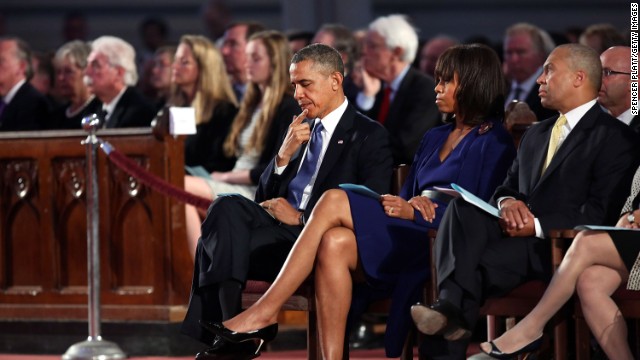 Boston (CNN) - President Barack Obama said whoever is behind the Boston Marathon bombings will be caught.

"Yes, we will find you. And yes, you will face justice," Obama said at an interfaith service commemorating the victims. "We will find you. We will hold you accountable. But more than that, our fidelity to our way of life ... will only grow stronger, for God has not given us a spirit of fear and timidity, but one of power and love and self-discipline."

"If they sought to intimidate us, to terrorize us, to shake us from those values ... who make us who we are as Americans, it should be clear by now that they picked the wrong city to do it (in). Not here in Boston."