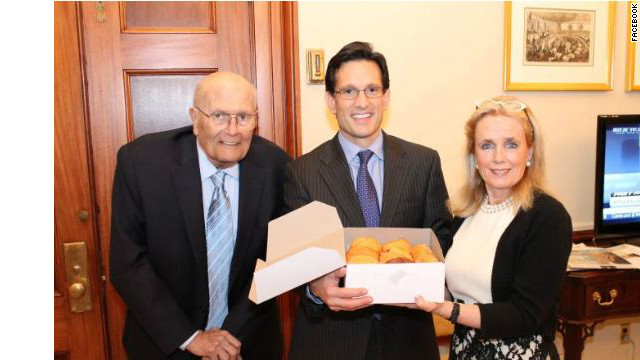 Wife of congressman will sit out Senate race

(CNN) - Serving on Capitol Hill is something of a tradition in the Dingell family, but Debbie Dingell announced Saturday she won't be seeking a seat in Washington.

The wife of longtime Rep. John Dingell Jr., D-Michigan, said in a note sent to family and friends and obtained by CNN that it is "critical that Democrats unite behind one candidate for what will be a difficult and expensive race" to replace Sen. Carl Levin, who has chosen not to seek a seventh term next year.

"We have good candidates like [Democratic three-term Rep.] Gary Peters already running, and a primary would be divisive at a time that cries out for unity," she wrote. "As someone who has spent much of my career working to bring people together, it just didn't feel right to take this step now. There may be a time when elective office is the right choice for me, but this was not it."

Had Dingell run and won, she would have served alongside the state's senior senator, Democrat Debbie Stabenow.

"It's also no secret that I think we need more women in the Senate and in the House, and there was an attraction to potentially being the junior member of an All-Debbie Senate delegation," she said in the note.

Instead, she will likely turn her attention to re-electing "good Democrats up and down the ticket, including, needless to say, John Dingell."

Dingell has served nearly 60 years in Congress since his win in a December 1955 special election and subsequent 29 re-election victories.

He is the longest-serving representative in U.S. history. In July he will surpass former Sen. Robert Byrd's tenure in the House and Senate combined.

The 1955 special election followed the death of his father, John Dingell Sr., who served 12 terms.