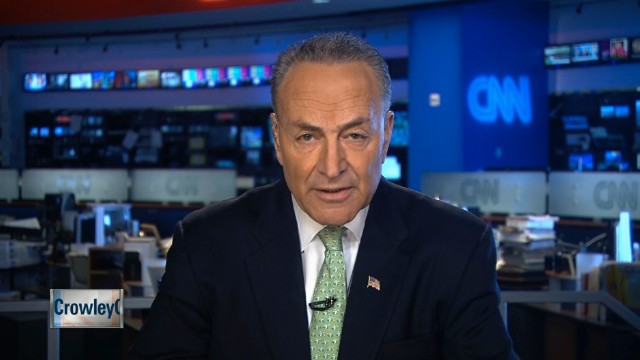 (CNN) - The death penalty should be applied in the case of Dzhokar Tsarnaev, the 19-year-old suspected of participating in the Boston Marathon bombings, Sen. Chuck Schumer said Sunday.

"Given the facts that I've seen, it would be appropriate to use the death penalty in this case and I hope they would apply it in federal court," Schumer, D-New York, said on CNN's "State of the Union."

And Sen. Dianne Feinstein of California, who chairs the Senate Intelligence Committee, said Sunday on Fox News the case should likely be considered a death penalty case under federal law.

While the death penalty is not legal in the state of Massachusetts, it can be used at the federal level.

Tsarnaev, a naturalized citizen, remains in the hospital in serious condition under federal custody. Federal prosecutors hope to charge him as early as Sunday, a Department of Justice official told CNN. Due to his condition, he may be arraigned at the hospital, a law enforcement source said.

Federal prosecutors had been working on preparing terrorism and possibly other charges against him, a Justice Department official told CNN. He's suspected of plotting and carrying out the Boston Marathon bombings along with his older brother, Tamerlan Tsarnaev, 26, who died after a shootout with police Thursday night.

Schumer authored the 1994 law that expanded the federal death penalty to include additional crimes. Timothy McVeigh, who was convicted of carrying out the Oklahoma City bombing in 1995, received the death penalty. He was executed by lethal injection in 2001.

"This is just the kind of case that it should be applied to," Schumer said, referring to the Boston Marathon blasts, which killed three people and injured more than 170 others. The Tsarnaev brothers are also suspected in the shooting death of an MIT officer last week.