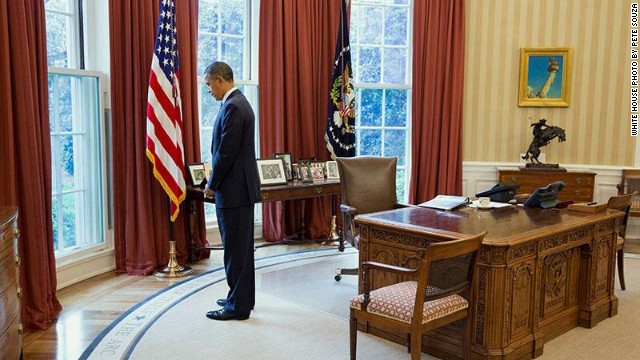 (CNN) - In a White House photo, President Barack Obama observes a moment of silence for victims of the Boston Marathon bombings. The moment took place exactly one week since the blasts, which killed three people and left scores injured.

(CNN) – President Barack Obama will host female U.S. senators at the White House on Tuesday night as he continues his personal outreach to push his second-term legislative agenda.

According to one of those lawmakers, Democratic Sen. Kirsten Gillibrand of New York, Obama invited all 20 women senators.
END_OF_DOCUMENT_TOKEN_TO_BE_REPLACED

Ashcroft: I would try Boston suspect as enemy combatant

(CNN) - When asked if he would recommend Boston Marathon bombing suspect Dzhokhar Tsarnaev be tried as an enemy combatant, former attorney general under George W. Bush, John Ashcroft, replied, "Yes, the answer to that question is yes."

The White House said Monday that Tsarnaev would not be tried as an enemy combatant.

(CNN) – Rep. Paul Ryan, number two on the GOP's presidential ticket in 2012, said Monday that last week's bombings at the finish line of the Boston Marathon should be an impetus to modernize the current immigration system, refuting calls from some Republicans to halt the revamp amid an ongoing investigation.

"I would say for the sake of national security, I want to modernize our immigration laws," Ryan said. He was speaking at the invitation of Rep. Luis Gutierrez, D-Illinois, at the City Club of Chicago. "We do not know how to even track people who have overstayed their visas. We need a modern immigration system that not only helps us protect our border, but protects national security in all its aspects."
END_OF_DOCUMENT_TOKEN_TO_BE_REPLACED

BREAKING: Two men arrested and charged Monday were part of an al Qaeda-supported plot to derail a passenger train, the Royal Canadian Mounted Police said. The suspects, Chiheb Esseghaier and Raed Jaser, are accused of conspiring to kill people on a VIA train, police said. Officials said that the suspects had the capacity to carry out an attack but that the public was never in imminent danger. The two men were receiving support "in the form of direction and guidance" from al Qaeda elements in Iran, police said. They are not Canadian citizens.

DEVELOPING: BOSTON BOMBER MAY FACE DEATH PENALTY… Dzhokhar Tsarnaev has been charged with use of a weapon of mass destruction and malicious destruction of property resulting in death, the Justice Department said. The case is death penalty eligible. Tsarnaev had his initial court appearance from his hospital room before a magistrate and was represented by a public defender. It was not an arraignment and another court date was set for May 30.

END_OF_DOCUMENT_TOKEN_TO_BE_REPLACED 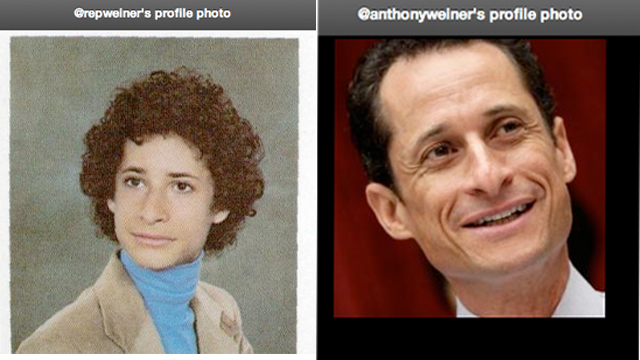 (CNN) - Former Rep. Anthony Weiner has found his way back onto Twitter, nearly two years after accidentally posting a famous tweet that ushered his political downfall.

Weiner launched a new account, @anthonyweiner, on Monday. Sitting next to his name is the famous blue checkmark, verifying the account as official.

END_OF_DOCUMENT_TOKEN_TO_BE_REPLACED

Washington (CNN) - He may be one of the most junior members of the Senate Judiciary Committee, but Sen. Ted Cruz's comments carry a lot of weight.

That may be because the freshman senator from Texas, who was just elected to Congress last November, won office with the help of the tea party movement, is a darling among some conservatives and is the only Republican on the panel who may have designs on the White House in 2016.
END_OF_DOCUMENT_TOKEN_TO_BE_REPLACED

Collier was killed amid a manhunt for the suspects in the Boston Marathon bombing last week. Police believe the bombing suspects were responsible for the shooting.

A hearing with FBI officials, expected to take place behind closed doors, could happen as soon as Tuesday, said Feinstein, D-California.

(CNN) - The surviving suspect in last week's Boston Marathon bombings, Dzhokhar Tsarnaev, "will not be treated as an enemy combatant," but rather will be prosecuted "through our civilian system of justice," White House spokesman Jay Carney told reporters Monday afternoon.