Obama to attend memorial for victims of fertilizer plant explosion

Obama, along with all the living former presidents, will be in Texas celebrating the opening of the George W. Bush Museum and Library in Dallas. He'll also attend a fundraiser for the Democratic National Committee while in Texas.

(CNN) – Sen. Lindsey Graham, who said Sunday the FBI may have dropped the ball in its investigation of Tamerlan Tsarnaev, began easing off that claim Monday, saying instead the agency "responsibly handled" the situation.

The Republican senator from South Carolina said he talked to the assistant director of the FBI after he made his assertions Sunday and had some of his questions answered, including why the case was cleared and how Tsarnaev may have been able to travel to Russia in 2012, a 'misspelling' keeping his name from getting flagged.
END_OF_DOCUMENT_TOKEN_TO_BE_REPLACED 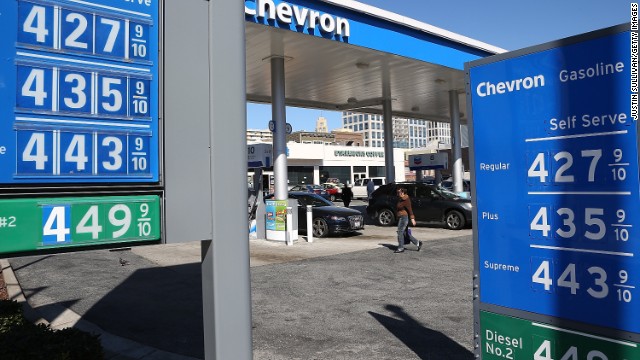 A Gallup survey released Monday indicates that 66% of the public would vote against a state law that would increase the gas tax by up to 20 cents per gallon, with the revenue going towards improving roads, bridges, and building more mass transit. Just under one in three said they would vote for such a measure.
END_OF_DOCUMENT_TOKEN_TO_BE_REPLACED

At 2:50 p.m. Monday, bells across Boston will chime to mark a tragedy that unhinged the city. As the country pauses to reflect on the Boston Marathon attacks exactly one week ago, the lone surviving suspect remains hospitalized with a tube down his throat, unable to verbalize what went through his mind the day a pair of bombs killed three people wounded more than 170 others. While authorities say Bostonians can rest easier now that Dzhokhar Tsarnaev is in custody, nagging questions hinders any complete sense of security: Why would the assailants want to kill and maim throngs of innocent civilians?

WATCH: VIDEO – A look at what unfolded in the city of Boston just hours and days after the Boston Marathon bombing.

CNN: Official: Boston bombings suspects 'were going to attack' others

Federal prosecutors were preparing charges Sunday against the surviving suspect in the Boston Marathon bombings even as authorities said they believed he and his brother were allegedly preparing to carry out more attacks when their plans were disrupted. Authorities have not said publicly what charges will be filed against Dzhokhar Tsarnaev, but a Justice Department official, who has been briefed on the case, told CNN he will face federal terrorism charges and possibly state murder charges. Tsarnaev, 19, remains in serious but stable condition with a gunshot wound to the side of the neck, a federal law enforcement source with knowledge of the investigation told CNN on Sunday.