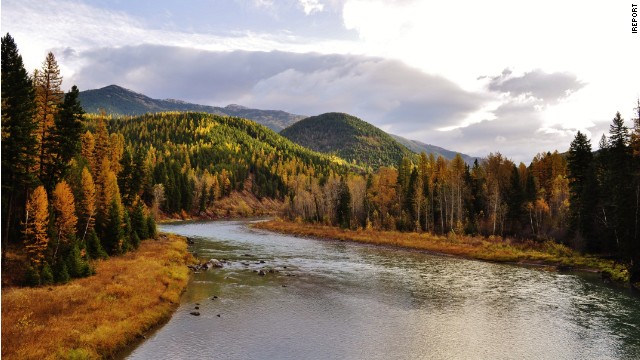 (CNN) - There are some pretty powerful elk in Montana.

Writing about his decision to retire after his term is up, Sen. Max Baucus, D-Montana, waxed poetic in a Great Falls Tribune op-ed on the role nature played his thought process.

"This was not an easy decision (to not seek re-election), but the last few months I've felt the calling:It whispered to me among the elk resting in a meadow east of the Bridger Mountains.

I heard it as thousands of snow geese flew over the Rocky Mountain Front.

The pull came up from my soul like the ducks that rose in clouds from the winter wheat fields of Teton County at dusk.

And, I thought I might never go back to Washington when we got stuck in the mud trying to drive through the Castle Mountains a few weeks ago."

Baucus, now in his sixth term, said he spent much of his professional career working to protect the lands in his state, and he looks forward to having more time to enjoy the same nature he fought to keep free.

"I'm not just from a Montana family. I'm from a Montana ranching family. The soil is in my blood. At the end of 2014, it will be time to come home," he wrote in the op-ed published Thursday night.

He assured readers that in the remainder of his term, he doesn't plan on "turning out to pasture" and vowed to keep fighting for legislation to protect certain parts of the state. He promised to throw his full weight into securing "strong highway and farm bills" for Montana. Simplifying the tax code is also on his agenda.

"I look forward to working with you as I continue to serve the state I love for the next year and a half," he wrote. "Thank you. Now let's get to work."

- CNN's Ashley Killough and Peter Hamby contributed to this report.