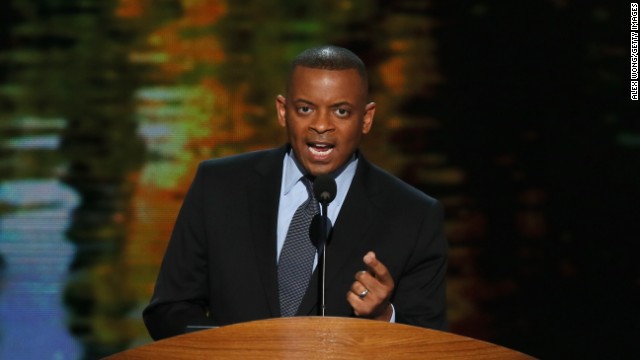 If confirmed by the Senate, Foxx would replace Ray LaHood, who said in January he wouldn’t serve a second term. LaHood has said he will remain in his post until a successor is confirmed.
END_OF_DOCUMENT_TOKEN_TO_BE_REPLACED

(CNN) - The decision to read Miranda rights to Boston Marathon bombing suspect Dzhokhar Tsarnaev in the midst of an interrogation was called “disgraceful” Sunday by a leading Republican, who took aim at U.S. Attorney General Eric Holder for not opposing the decision.

U.S. Rep. Peter King, R-New York, told CNN he “totally disagreed” with the decision of a magistrate judge to administer the rights during a hearing last Monday, more than two days after Tsarnaev was captured in Watertown, Massachusetts. On Saturday, Holder told CNN the move was “totally consistent” and appropriate.
END_OF_DOCUMENT_TOKEN_TO_BE_REPLACED

Palin no fan of ‘pathetic’ #nerdprom

(CNN) - Conan O’Brien and President Barack Obama may have had the political crowd in high spirits at Saturday’s White House Correspondents’ Association Dinner, but in Alaska, Sarah Palin wasn’t laughing.

“Yuk it up media and pols,” the former Alaska governor wrote on her Facebook page. “While America is buried in taxes and a fight for our rights, the permanent political class in DC dresses up and has a prom to make fun of themselves. No need for that, we get the real joke.”
END_OF_DOCUMENT_TOKEN_TO_BE_REPLACED

(CNN) – A measure expanding background checks on gun sales that was defeated in the Senate two weeks ago can still be revised and approved in the chamber, one of the bill’s authors argued on Sunday.

Sen. Joe Manchin, D-West Virginia, said the legislation he wrote with Republican Sen. Pat Toomey of Pennsylvania had caused confusion among his collegues, which contributed to its failure earlier this month.
END_OF_DOCUMENT_TOKEN_TO_BE_REPLACED

(CNN) – The people of Syria, beleaguered by war and potentially being attacked by chemical weapons, are “angry and bitter” that the United States has not played a more leading role in ending the country’s conflict, Sen. John McCain said Sunday.

Long an advocate of a more pronounced American effort in Syria, McCain described the disappointment he saw while visiting a Syrian refugee camp in neighboring Jordan.
END_OF_DOCUMENT_TOKEN_TO_BE_REPLACED 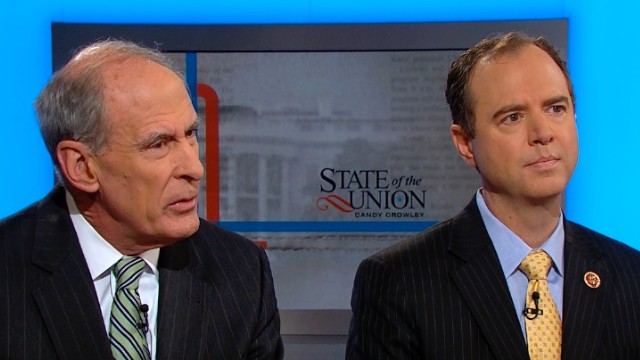 Speaking on CNN's "State of the Union," Sen. Dan Coats, R-Indiana, and Rep. Adam Schiff, D-California, agreed that while more robust intelligence-sharing should have taken place in the lead-up to the Boston Marathon bombings, the amount of surveillance required to protect fully against more violence could never exist in a democratic society.
END_OF_DOCUMENT_TOKEN_TO_BE_REPLACED