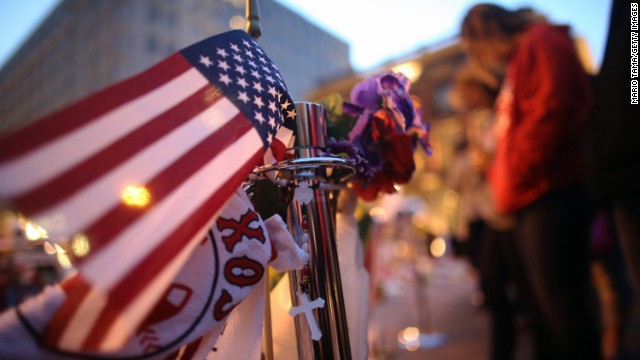 Even before the bombings, Massachusetts voters weren't paying that much attention to the contest to fill the remaining year and a half of the term of longtime Democratic Sen. John Kerry, who stepped down earlier this year to become U.S. secretary of state.

But the attacks, which left three people dead and more than 260 injured, froze the race, as the two Democrat and three Republican candidates immediately suspended their campaigns for nearly a week. And even as the campaigning resumed, it's been competing with non-stop media coverage of the investigation into the bombings.

Massachusetts Secretary of State William Galvin predicts less than one in five Bay State voters will cast ballots in the primaries. Special election contests are normally low turnout affairs, but Galvin predicts turnout will be lower than the 2009 primaries to fill the Senate seat of the late Ted Kennedy.

"All elections are unique, but this one is a little more unique than most," Galvin told reporters Monday.

The bombings also altered the campaigns, as some of the candidates have altered their messaging to include the bombings and are highlighting their national security credentials.

In the final two Democratic debates last week, Rep. Stephen Lynch attacked Rep. Edward Markey for voting for a port security bill and against the creation of a joint terrorism task force.

"When the issue came up to create that joint task force, I voted yes, you voted no. I don't know how you spin that," said Lynch, who needs to make up ground against Markey, the Democratic frontrunner in polling and fundraising.

Markey pushed back, saying he voted no because the measures excluded "a provision that would have made the bill even stronger."

Lynch went up with a new TV ad about the bombing and Markey went up with a spot highlighting his efforts following the 9/11 terrorist attacks in 2001.

The winner of the Democratic primary will face off in the June 25th general election against the winner of Tuesday's GOP primary between private equity investor and former Navy SEAL Gabriel Gomez, former US attorney Michael Sullivan, and state Rep. Daniel Winslow, a former judge and chief legal counsel under former Gov. Mitt Romney.

Gomez was running the marathon and finished just a few minutes before the bombs went off. He was not injured. Gomez appeared live on some of the cable news networks in the days after the terror attacks, giving a first-hand account of what he witnessed when the bombs went off and describing his search for his wife and children, who were at the finish line of the marathon at the time of the attacks.

Sullivan, who served as the acting director of the Bureau of Alcohol, Tobacco, Firearms and Explosives (ATF) during President George W. Bush's second term, also appeared as a live guest on some of the cable news networks, including CNN, to analyze the law enforcement response.

The big question is how the terror attacks will affect the race.

"The bombings put the race on pause at a very critical moment in the race," says Nathan Gonzales, deputy editor of the non-partisan Rothenberg Political Report.

The pause in the race hurt candidates who had to make up ground against the frontrunners. You can't come from behind in the race if you can't campaign at all."

Since campaigning resumed a week ago, the candidates have not only been attacking their opponents, but also reminding voters that Tuesday's primary day and almost pleading with them to vote.

The winner of the June special election will succeed William "Mo" Cowan. Democratic Gov. Deval Patrick appointed his former chief of staff to serve as interim senator after Kerry stepped down.