(CNN) - Speaking to a gathering of Iowa Republicans Friday, Sen. Rand Paul seemed to set his sights beyond the state's 2016 caucus - in which he could very well be a contender - and instead zeroed on a potential general election rival: Hillary Clinton.

Using this week's renewed uproar over last September's Benghazi attack, Paul hammered Clinton for what he described as a woeful response to the siege of a diplomatic post that left four Americans dead. He was speaking at the Iowa GOP's Lincoln Day Dinner in Cedar Rapids, his first stop in a tour of early voting states.
END_OF_DOCUMENT_TOKEN_TO_BE_REPLACED

BREAKING: White House spokesman Jay Carney said on Friday the only changes made by the White House and the State Department to CIA talking points on the deadly Benghazi attack last year was a decision to change the description of the targeted facility from a consulate to a diplomatic post. Carney also said the Obama administration did not want to “jump to conclusions” about who may have been responsible for the Benghazi attack “before we had the facts,” adding later that we “were very open about what was known.”

TALKING POINTS: OBAMA ADMINISTRATION E-MAILS RAISE NEW QUESTIONS ON BENGHAZI… An e-mail discussion about talking points the Obama administration used to describe the deadly attack on the U.S. compound in Benghazi, Libya, show the White House and State Department were more involved than they first said in the decision to remove an initial CIA assessment that a group with ties to al Qaeda was involved, according to CNN sources with knowledge of the e-mails.

END_OF_DOCUMENT_TOKEN_TO_BE_REPLACED 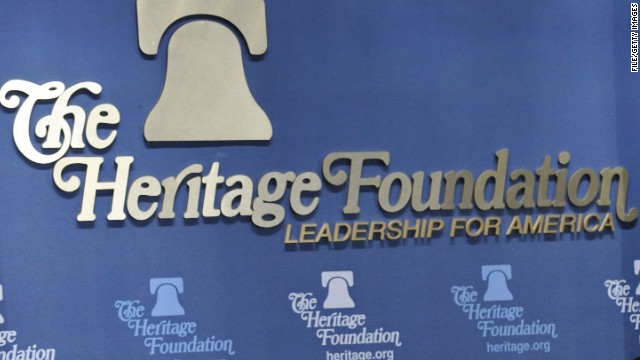 "Jason Richwine let us know he's decided to resign from his position," a spokesman for the Heritage Foundation said Friday. "He's no longer employed by Heritage. It is our long-standing policy not to discuss internal personnel matters."
END_OF_DOCUMENT_TOKEN_TO_BE_REPLACED 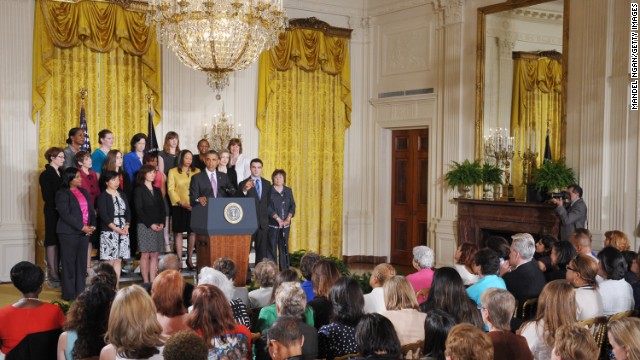 (CNN) – The Affordable Care Act, enacted in 2010 but still the focus of intense Republican scorn, got a boost from its champion President Barack Obama on Friday at an event singling out the law's benefits for women.

He made his remarks at the White House alongside women and families who say they're already benefiting from the measure, which has become known as Obamacare. The event was pegged to Mother's Day.
END_OF_DOCUMENT_TOKEN_TO_BE_REPLACED

Washington (CNN) - An e-mail discussion about talking points the Obama administration used to describe the deadly attack on the U.S. compound in Benghazi, Libya, show the White House and State Department were more involved than they first said in the decision to remove an initial CIA assessment that a group with ties to al Qaeda was involved, according to CNN sources with knowledge of the e-mails.

The talking points have become a political flashpoint in a long-running battle between the administration and Republicans, who say that officials knew the attack last September 11 was a planned terror operation while they were telling the public it was an act of violence that grew out of a demonstration over a video produced in the United States that insulted Islam. 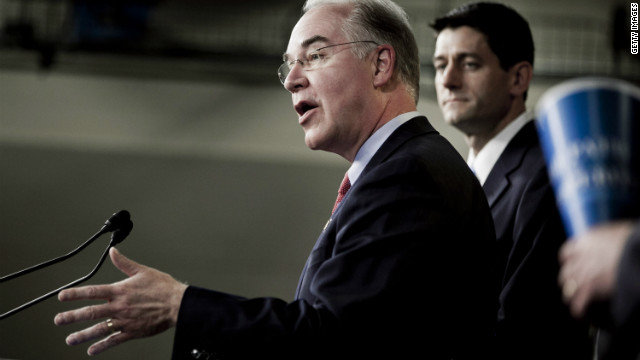 No Senate bid for Price in Georgia

"As of today, it is my intention to offer myself for re-election to represent the citizens of the 6th District of Georgia in the U. S. House of Representatives in 2014," Price wrote. "I look forward to continuing the battle to preserve fundamental principles that allowed us to become the greatest nation in the world."
END_OF_DOCUMENT_TOKEN_TO_BE_REPLACED

(CNN) - Responding to a flurry of complaints from conservative groups seeking tax-exempt status, the Internal Revenue Service admitted Friday it made "mistakes" in the last few years while trying to process those requests.

END_OF_DOCUMENT_TOKEN_TO_BE_REPLACED

Washington (CNN) - He may work in the nation's capital, but it's Sen. Rand Paul's upcoming itinerary that might tell us his ultimate goal.

The Republican from Kentucky makes stops in Iowa, New Hampshire, South Carolina and Nevada over the next few months. Those four states kick off the presidential primary and caucus calendar.
END_OF_DOCUMENT_TOKEN_TO_BE_REPLACED

(CNN) - Republican Sen. Rand Paul of Kentucky is stressing his disapproval of the way former Secretary of State Hillary Clinton handled the deadly Benghazi attack, saying the potential 2016 presidential contender should be precluded from ever holding high office again.

Paul blasted the former secretary of state for saying in her Senate testimony earlier this year that she did not read the cables requesting more security for the Benghazi post in Libya.
END_OF_DOCUMENT_TOKEN_TO_BE_REPLACED

Washington (CNN) - Prince Harry started off his second day in the United States with a solemn visit to Arlington National Cemetery, just outside of Washington, D.C.

Wearing formal dress uniform, the 28-year-old combat veteran laid a wreath Friday at the Tomb of the Unknowns and walked quietly among headstones in Section 60, the cemetery's plot largely dedicated to those who have lost their lives in the fight against terrorism.
END_OF_DOCUMENT_TOKEN_TO_BE_REPLACED