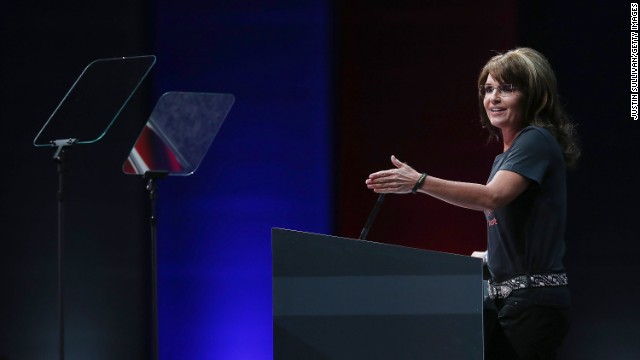 (CNN) - Sarah Palin said the Internal Revenue Service's recent scrutiny of conservative groups seeking tax-exempt status is a sign of "corruption at the heart of big government" in Washington.

"So many Americans knew this was happening, but many felt defenseless and even helpless against a government that seems to roll along without accountability or sense of obligation to the people it's supposed to serve. These Americans were mocked for being concerned about this, but now we see light shining on the truth, finally," she wrote in an online posting shortly after the IRS acknowledged it made "mistakes" in handling the applications of tea party groups.

Lois Lerner, director of tax exempt organizations for the IRS, said 75 applications were singled out between 2010 and 2012 for extended review because the words "tea party" and "patriot" were included in the groups' names. Those applications were part of approximately 300 which received additional scrutiny during that time.

"Americans should remember that this same corrupt IRS will be in charge of enforcing Obamacare," she wrote. "And this same inept and corrupt government will supposedly secure our now unsecured borders in advance of immigration reform and will implement a completely ethical and non-political IPAB panel to make life and death health care decisions for you and your family. Forgive me for not trusting these big government promises any more than I trust the White House's latest Benghazi spin or the IRS' fairness."

Palin, the 2008 Republican vice presidential candidate, further wrote, "I'm sure President Obama is grateful for all the help the IRS gave his reelection campaign, but, still, you have to wonder how the bureaucrats who tried to pull this off can sleep at night."

She called for "accountability and a full investigation" as well as a special committee to look into the Benghazi, Libya, attack last September.

- CNN's Gregory Wallace and Ashley Killough contributed to this report