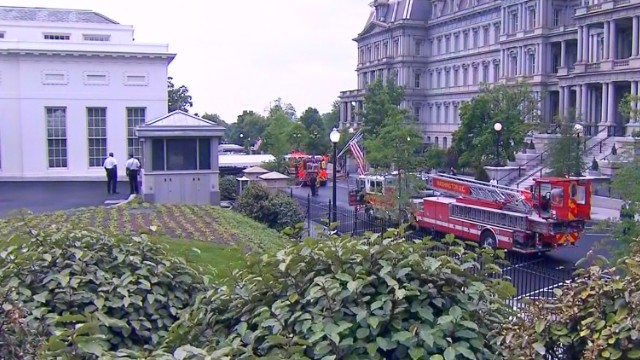 Fire trucks pull up on the White House grounds Saturday, after there were reports of smoke.
May 11th, 2013
08:48 AM ET

Washington (CNN) - The West Wing of the White House, including the press area, was evacuated Saturday out of an abundance of caution as authorities investigate the source of smoke coming out of what is believed to be a mechanical closet, a Secret Service spokesman told CNN.

Five fire trucks responded to the White House, including a ladder truck, but all departed shortly thereafter.

The scene was calm, and soon people were allowed to return inside the White House.