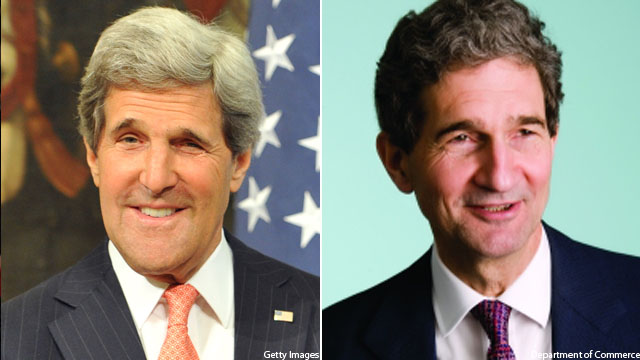 Cabinet to get a second Secretary Kerry

(CNN) - There are about to be two Secretary Kerrys in the Obama administration - and they're brothers.

He is the brother of Secretary of State John Kerry.

"I have every confidence that they will provide effective and strong leadership for the Department for as long as they serve," she wrote in the note, which also named an acting deputy secretary.

It is uncertain for how long there would be two Kerrys in the Cabinet, as President Barack Obama earlier this month nominated Penny Pritzker to lead the Commerce Department.

One of the Kerrys' sisters, Peggy, works for the U.S. Mission to the United Nations.

News of the acting commerce secretary announcement was first reported by the Washington Post.