(CNN) – President Barack Obama has directed Treasury Secretary Jack Lew to hold accountable those who made mistakes in the Internal Revenue Service's scrutiny of conservative groups.

The president released a statement Tuesday night firmly condemning the IRS' action after a report from the agency's inspector general found that the IRS used "inappropriate criteria" to identify potential political applications and then forwarded those applications to a team of specialists for review.
END_OF_DOCUMENT_TOKEN_TO_BE_REPLACED 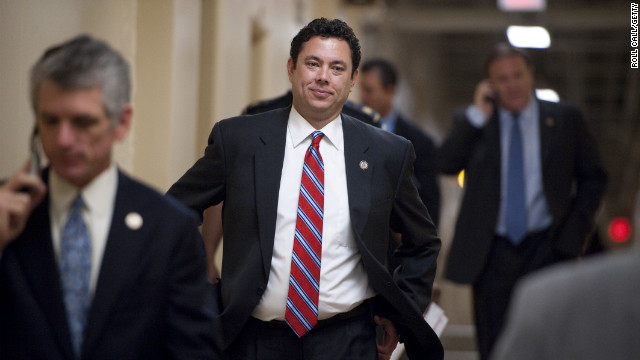 “Look, it's not something I'm seeking,” the Republican congressman from Utah said on CNN’s “The Situation Room with Wolf Blitzer.” “It's not the endgame; it's not what we're playing for. I was simply asked, is that within the realm of possibilities, and I would say ‘yes.’ I'm not willing to take that off the table. But that’s certainly not what we’re striving for.”
END_OF_DOCUMENT_TOKEN_TO_BE_REPLACED

"It's history," his Twitter account read, along with a photo of him signing the bill on the Capitol steps. The state Senate on Monday voted 37-30 in favor of approving the legislation.

END_OF_DOCUMENT_TOKEN_TO_BE_REPLACED

News headlines of the past week portray an administration engulfed in potential scandal, providing opponents of President Barack Obama with plenty of ammunition to try to derail his agenda in the early months of his second term.

Washington (CNN) - A prominent House conservative said Tuesday that the immigration reform bill now under consideration in the Senate is part of an ongoing plot to build a massive new Democratic voting bloc.

America's growing Hispanic vote is "a huge boon for Democrats. They have known that for a long time," said Rep. Steve King, R-Iowa. Their message has been that "we are going to recruit all you folks. That we are going to give amnesty to (you) to become Democrats."

First on CNN: GOP going after Dems in ads over IRS scandal

Washington (CNN) – As the Obama administration takes heat for the recent Internal Revenue Service controversy, the House Republican campaign arm is making sure some Democrats in Congress face pressure, as well.

The National Republican Congressional Committee is rolling out a slew of web ads, calling on House Democrats to condemn the IRS' targeting of conservative groups that filed for tax-exempt status in the last few years. However, a number of the targeted Democrats have issued such statements.
END_OF_DOCUMENT_TOKEN_TO_BE_REPLACED

(CNN) - The Internal Revenue Service deliberately targeted groups with "tea party" in their names and who were applying for federal tax exempt status, delaying processing of their applications and requesting unnecessary information, according to an advance copy of a report by the agency's inspector general obtained Tuesday by CNN.

The report found that for more than 18 months beginning in early 2010 the IRS developed and put in place a policy that used "inappropriate criteria" to identify potential political applications and then forwarded those applications to a team of specialists for review. 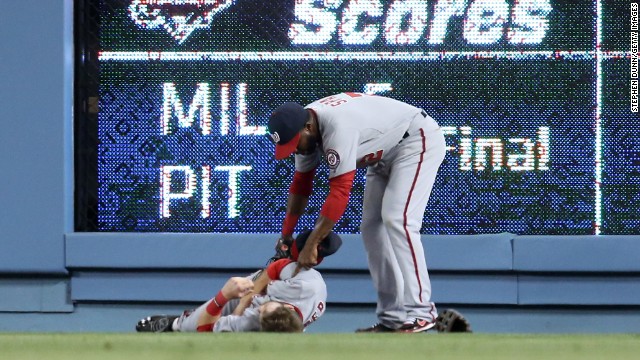 LOS ANGELES, CA - MAY 13: Center fielder Denard Span #2 tends to right fielder Bryce Harper #34 of the Washington Nationals after Harper was shaken up running into the wall chasiing a triple hit by A.J. Ellis of the Los Angeles Dodgers in the fifth inning at Dodger Stadium on May 13, 2013 in Los Angeles, California. (Photo by Stephen Dunn/Getty Images)
May 14th, 2013
04:44 PM ET

(CNN) - Leave it to a sports injury to bring unity to the nation's capital.

After Washington Nationals outfielder Bryce Harper crashed into a wall trying to catch a ball Monday night, the Democratic and Republican leaders in the Senate joined up to send their good wishes.
END_OF_DOCUMENT_TOKEN_TO_BE_REPLACED 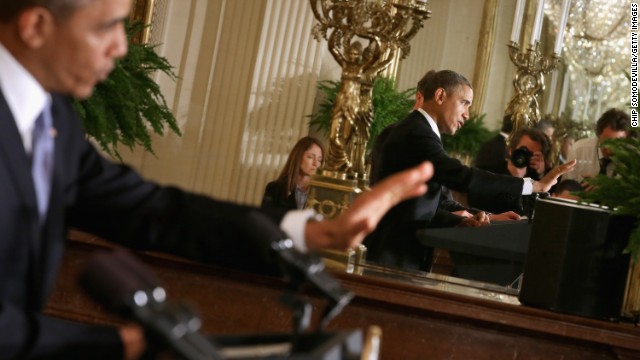 END_OF_DOCUMENT_TOKEN_TO_BE_REPLACED

Can chocolate be the new gun control?

(CNN) - While lawmakers in Washington have yet to agree on proposals to reduce gun violence, Myles Nelson, a seven-year-old from Milwaukee, has his own mouth-melting pitch: Turn bullets into chocolate.

"Dear Vice President Biden, I have a great idea," Nelson wrote in a letter that he read aloud to CNN Affiliate WTMJ. "I think guns should shoot out chocolate bullets. Then no one will get killed and no one will be sad."
END_OF_DOCUMENT_TOKEN_TO_BE_REPLACED