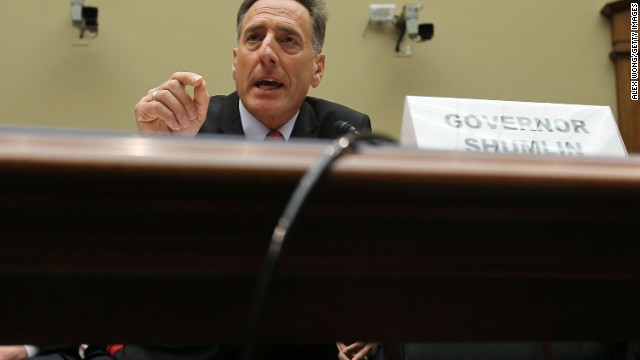 (CNN) – Vermont moved Monday to become the fourth state in the nation with a law permitting doctors to prescribe deadly doses of medication to patients facing terminal illness, and the first to pass such a measure through the state legislature.

The measure passed the Vermont House 75-65. Gov. Pete Shumlin, who acts as chairman of the Democratic Governors Association, has voiced strong support for the bill. If he signs it, Vermont will become the first eastern state permitting doctors and ill patients to choose a path to death through lethal medication.

Oregon and Washington both passed aid-in-dying measures through ballot referendums. Montana's law was put in place through a court order.

Vermont's law would contain multiple regulations and safeguards against abuse, including requiring the patient to request three times – twice orally, and once in writing in the presence of witnesses – a lethal dose of drugs.

Doctors must ensure patients are fully versed in their diagnosis and prognosis, including the possibility of medical error in estimating the remaining time a patient has to live.

Patients, who must be deemed capable of decision-making by the prescribing doctor, would self-administer the medication. No doctor would be required to aid a patient who chooses to die.

For the first three years the law is in effect, doctors would be required to file extensive records with the state government, though those provisions expire in 2016.

Supporters of so-called "death with dignity" laws hailed the Vermont House's passage of the new law.

"This historic legislative victory proves that the aid-in-dying issue is no longer the third rail of politics. In fact, it's a winning issue on which Gov. Shumlin campaigned," said Barbara Coombs Lee, the president of Compassion & Choices, a national group promoting aid-in-dying laws.