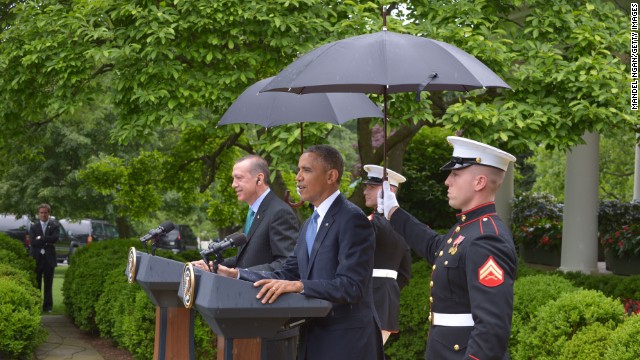 After sprinkles turned into a steady shower of rain midway through his Rose Garden press conference, Obama called over two Marines to hold the umbrellas aloft.

Regulations prohibit Marines from using umbrellas while in uniform. One reason: it makes it hard to salute.

According to Marine Corps spokesman Capt. Greg Wolf, the sight of uniformed Marines holding umbrellas is "extremely rare" and only happened because the president needed it.

And, of course, Obama is the commander-in-chief. If he orders Marines to hold umbrellas, they hold them, even if they can't properly salute.