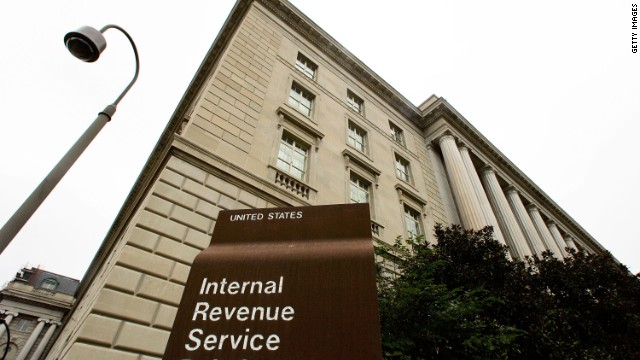 In a memo dated October 15, 2012, to then-Treasury Secretary Tim Geithner about IRS challenges for 2013, Inspector General J. Russell George noted other problem areas, but made no mention of the investigation taking place at the time of the agency's intense scrutiny of conservative groups seeking tax-exempt status.

Instead, the memo stated that "while the Exempt Organizations function has greatly improved its timeliness with regard to acknowledging complaints against tax-exempt organizations, referrals were not always controlled or processed timely."

A spokesperson for the inspector general told CNN this letter was intended to single out what George considered to be the most serious issues for the IRS among all the cases listed in the IG's annual audit, which had already been published.

A spokesperson for the Treasury Department said the current treasury secretary, Jack Lew, and his deputy first learned of the audit’s findings from press reports last week.

The inspector general made headlines Friday when he told the House Ways and Means Committee that he had notified Treasury officials, including Deputy Secretary Neal Wolin, as early as June 2012 that he was reviewing the office that handles tax-exempt applications.

CNN has confirmed that notification came in early June.

According to George, he told Treasury that he was conducting a review but did not disclose the nature of the findings. He said the review was prompted by a request from someone he described as a congressional staff member.

A Treasury official, who discussed the matter on the condition of not being identified, told CNN that when Wolin learned of the review he did not discuss it with anyone outside the Treasury Department. The same official said Treasury strongly supports the "the independent oversight of its three inspectors general, and it does not interfere in ongoing IG audits." In other words, the political appointees who run Treasury do not take action until such audits are complete.

According to the Treasury official, it wasn't until mid-March of this year that anyone inside the department was informed of the targeting at the office of tax-exempt programs.

That’s when the inspector general discussed a draft audit with one or more staff-level Treasury officials. In April, George first gave Treasury staff a copy of the draft audit and that information was not shared with the treasury secretary or his deputy.

According to officials at both the inspector general and Treasury offices, Lew knew an audit was taking place because George mentioned it during an introductory meeting on March 15, 2013, but he had no window into the results.

Lew was confirmed as Treasury secretary in late February.