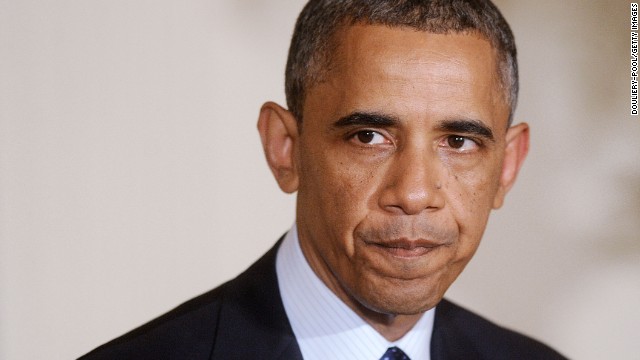 (CNN) – President Barack Obama highlighted his recent jobs tour Saturday, emphasizing a need to focus on improving the economy rather than getting distracted by other issues in the nation’s capital.

“That’s why I like getting out of the Washington echo chamber whenever I can – because too often, our politics aren’t focused on the same things you are,” Obama said in his weekly address. “Working hard. Supporting your family and your community. Making sure your kids have every chance in life.”

The president traveled to Baltimore Friday, where he sought to shift the spotlight away from the controversies that are taking a hit on his administration. While he didn't address the trio of dust-ups - the renewed attention on the Benghazi attack, the IRS targeting of political groups and the Justice Department's subpoena of Associated Press phone records - the president made it clear that the country's main priority is improving the economy.

Obama spoke at a dredging manufacturing company and made visits to a nearby community center and an elementary school that provides comprehensive early childhood education and services, including the federal program Head Start.

Last week the president kicked off his jobs tour in Austin, where he met with groups of students, local residents, entrepreneurs and tech professionals. He announced an executive action that creates manufacturing institutes in part sponsored by the federal government.

In his weekly address, Obama highlighted his economic policies since taking office but argued there was more work to be done.

“In a little over three years, our businesses have created more than 6.5 million new jobs. And while our unemployment rate is still too high, it’s the lowest it’s been since 2008. But now we need to create even more good, middle-class jobs, and we need to do it faster,” he said.

The president added he plans to visit more cities and vowed “to work with both parties in Washington to make progress” on the economy.