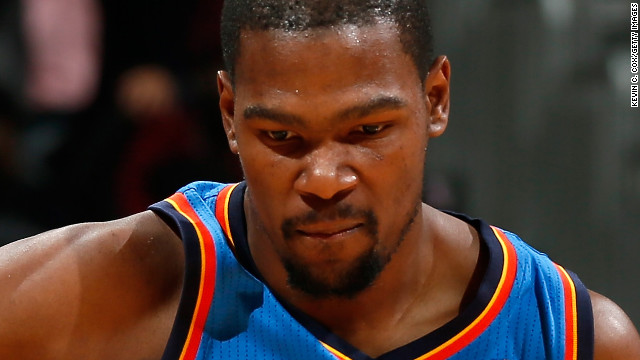 VP called Kevin Durant to thank him for his $1 million donation to @RedCross & for providing moral support to #Oklahoma. @KDTrey5

You're not only a great athlete, you're a great humanitarian. On behalf of all of us, thank you for your generosity. –VP to @KDTrey5

The American Red Cross announced the matching donation from Durant’s foundation, which is meant to encourage others to support the relief efforts of the group.

“The Red Cross relies on its donors to perform its mission in relieving human suffering following disasters,” said Janienne Bella, the regional chief executive of the Red Cross. “Mr. Durant’s gift and support to Oklahoma comes at a time of great need and we’re forever thankful for his generosity.”