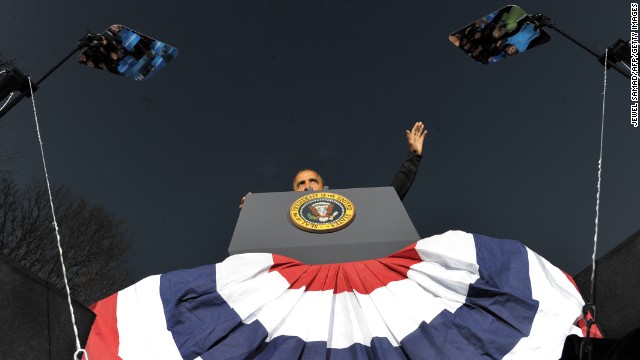 Biden ribs boss for teleprompter use

(CNN) – He’s often chided by Republicans for his frequent use of a teleprompter during speeches, but on Tuesday President Barack Obama got some friendly teasing from his number two.

Vice President Joe Biden, speaking at a reception honoring Jewish American Heritage Month, asked for the teleprompters in place for his remarks to be taken down.

It’s not the first time Biden took a dig at his boss’s overreliance on the device: In 2009, he made a similar joke when one of his screens fell down during a commencement address at the U.S. Air Force Academy.

"What am I gonna tell the president?" Biden said as a gust of wind knocked down his left teleprompter. "I'm gonna tell him his teleprompter is broken. What will he do then?"