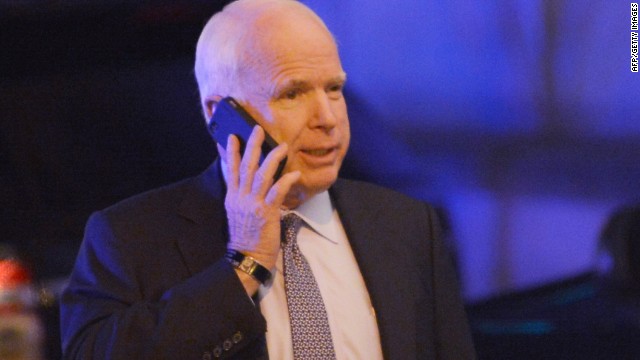 McCain: 'Why the hell' do iPhone apps need updating?

(CNN) - After questioning Apple CEO Tim Cook in a congressional hearing Tuesday, Sen. John McCain ran out of time and didn't get to ask one pressing question on his mind.

"What I really wanted to ask is why the hell I have to keep updating the apps on my iPhone all the time and why you don't fix that," McCain, an active Tweeter, said–prompting some laughs in the room.

"Sir, we're trying to make them better all the time," Cook responded in kind.

Apple officials said the company moved the money to its overseas operations, such as those in Ireland, not to avoid taxes but because of the growth of Apple's sales overseas.

Michigan Sen. Carl Levin, chairman of the Senate's Permanent Subcommittee on Investigations, and McCain, the committee's ranking member, both started the hearing with withering criticism of Apple's tax practice.