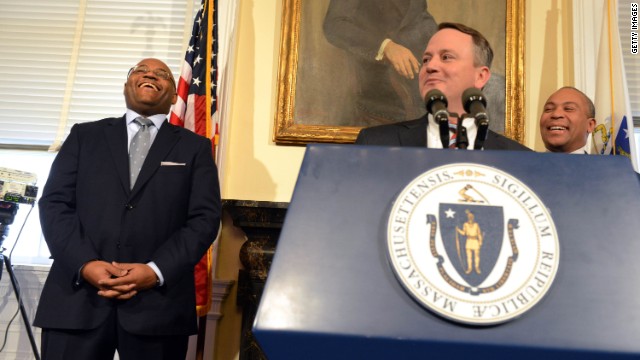 (CNN) - Massachusetts Lt. Gov. Tim Murray resigned his position to become the head of the Worcester Regional Chamber of Commerce at a press conference on Wednesday.

Murray said that his decision to resign before his term is finished is for personal for reasons.

"In January I made a decision with my wife not seek political office in 2014." Murray said. "The next chapter of my life needs to be focused primarily on family. I wanted to take advantage of this moment in our lives, as childhood passes quickly and this is an important time for my family."

When asked if he was going to rule out running for office again Murray responded, "We'll see." He continued, "I'm not ruling anything in or out. I'm excited about this opportunity.

Murray said he intends to submit his resignation effective at end of day on June 2nd and begin his new role on June 3rd.

The lieutenant governor has taken heat recently over questions about his relationship with the disgraced Chelsea Housing Authority director and campaign funding.