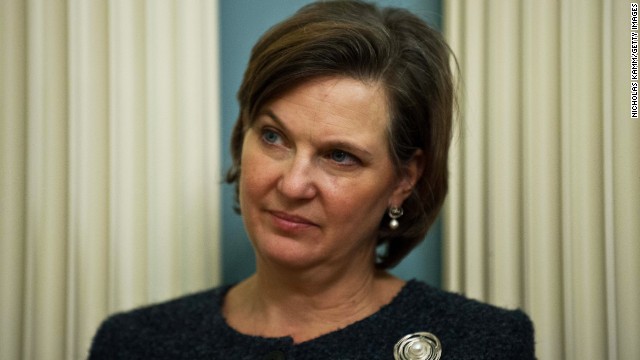 Nuland, who has served as the State Department spokesperson from 2011 until earlier this spring, came under fire from Obama administration critics last week after leaked e-mails revealed she raised concerns with the CIA-prepared talking points on the deadly terror attack last September 11.

Specifically, Nuland asked that references to al Qaeda and previous CIA warnings about threats posed to U.S. diplomats in Libya be scrubbed from the document that was used by U.N. Ambassador Susan Rice on news talk shows to explain the administration's understanding of events in Libya.

Critics contend Nuland's request was part of an administration cover-up of the
true cause of the Benghazi attacks to avoid political fallout ahead of the 2012 election.

The White House has said the State Department was instead concerned with drawing conclusions about the attack before an investigation into the matter had been fully conducted.

Nuland is a career foreign service officer who has served in senior posts around the world and at the State Department, in addition to her stint as the agency's top spokeswoman.