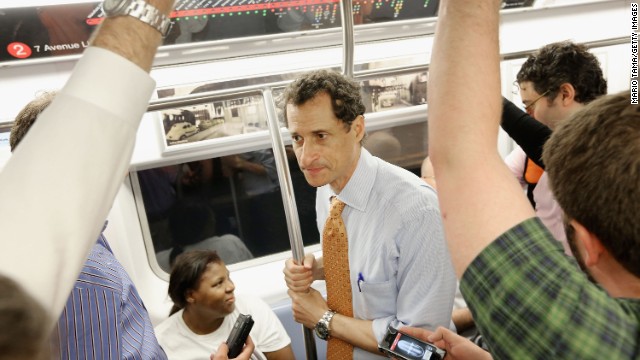 (CNN) - Normally, the disclosure of lewd photos and messages exchanged in a sexting scandal would derail a campaign. But for Anthony Weiner, that would be old news.

He said as much in an interview Thursday, repeating a statement he made prior to yesterday's launch of his New York mayoral campaign. Weiner acknowledged it is possible that more photos from the scandal which led him to step down from Congress in 2011 could come out.

"People may decide they want to come forward and say here's another email that I got or another photo that I got, but I'm certainly not going to do that," he said Thursday in an interview on WNYC.

"New Yorkers have seen - frankly people all over the world have seen - I did these inappropriate things over an extended period of time with more than one person."

Weiner's return to public life in recent weeks has been marked by his apologies, similar to those he offered two years ago when he admitted that his Twitter account had not been hacked – as he initially claimed – and that the photos were of him in various states of undress.

One of his major steps back into the spotlight involved a major profile published in The New York Times Magazine.

Shortly after that, Weiner said in an interview on New York's RNN television that there may be more photos out there but said the scandal is "behind me."

He repeated that Thursday, saying his wife, Hillary Clinton adviser Huma Abedin, had moved past it and asking voters to do so, too.