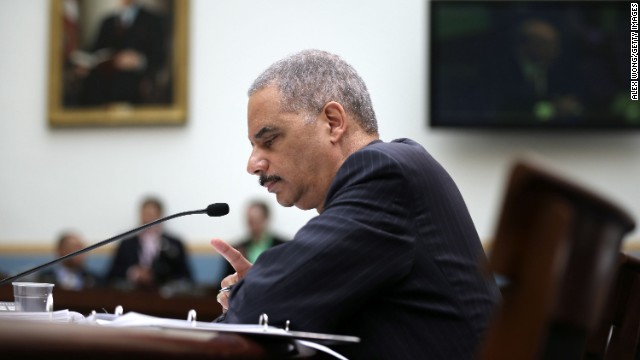 The decision to apply for the search warrant was vetted at the department's highest levels, including Holder, the official said, although the decision to issue a warrant was made by a federal magistrate judge.

The Obama administration's aggressive posture against leaks to reporters on national security matters has come under scrutiny recently as probes of Rosen and Associated Press reporters have come to light.

It prompted Obama to announce on Thursday he has directed Holder to review federal guidelines for investigating leaks and reporters. That review will include assembling a panel of media representatives.

Justice Department officials dug into the phone records of AP reporters, including work, cell, and home lines, the news agency said earlier this month. It said investigators were looking into its account of a foiled plot to bomb a U.S. airliner in May 2012.

AP reporters were never labeled as suspected criminals, but an FBI affidavit used to obtain the warrant for Rosen's e-mails described him as potentially being an "aider and abettor and/or co-conspirator" to the crime of disclosing government secrets.

That case centers on a 2009 Fox News report on classified intelligence about North Korea.

No charges have been brought against Rosen or Fox News.

Obama said Thursday he was "troubled by the possibility that leak investigations may chill the investigative journalism that holds government accountable."