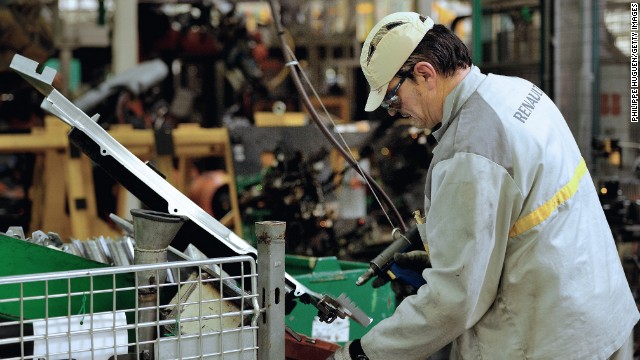 According to a CNN/ORC International survey released Friday morning, a third of the public says economic conditions are good right now. That's up seven percentage points from the 26% who felt that way in a CNN poll from December. And the 67% who rate the nation's economic conditions as poor is down from 74% at the end of last year.

The poll also indicates that the number who say that conditions are "very poor," the worst option offered in the questionnaire, stands at 29%, the lowest point in over a year.

"Any positive changes in the economy appear to have only helped college graduates, while the rest of the country is still struggling," says CNN Polling Director Keating Holland. "The number of college graduates who think the economy is in good shape rose from 34% in March to 42% now, compared to no significant change among Americans with no college degree."

Has the bull market on Wall Street made a difference?

The CNN poll was conducted May 17-18 by ORC International, with 923 adults nationwide questioned by telephone. The survey's overall sampling error is plus or minus three percentage points.