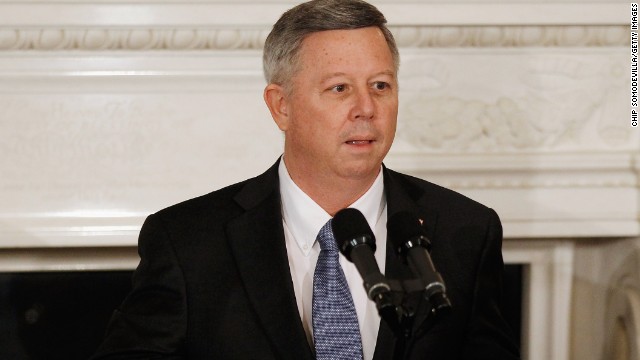 (CNN) - Nebraska Gov. Dave Heineman announced Saturday that he will not run for the state's vacant U.S. Senate seat next year, according to local media reports.

In a statement obtained by the Lincoln Journal Star and other outlets, Heineman, a Republican, said he would "keep my focus on being the best governor that I can for the citizens of Nebraska," and that a run for the Senate in 2014 would distract him "from the state's priorities of tax relief, job creation and education."

The vacancy was created when Sen. Mike Johanns, a freshman Republican, announced in February he would not seek a second term.

The seat is expected to be a safe hold for the GOP, though it is not clear who will seek it.

Heineman is term-limited from seeking re-election as governor.