(CNN) - The FBI announced Thursday its agents are looking for a letter, this one directed to the Central Intelligence Agency, that it believes was similar to at least three other letters that contained ricin.

(CNN) - Justice Department officials expressed a measure of regret on Thursday that the agency went as far as it did in national security leak investigations involving close scrutiny of reporters, and expressed a commitment to review its guidelines so reporters would not be at legal risk for doing their jobs.

That was a readout of a meeting on Thursday between Attorney General Eric Holder and media executives over the agency's policies, according to journalists who attended the discussion.
END_OF_DOCUMENT_TOKEN_TO_BE_REPLACED

"This is not about Eric Holder giving his defense. This is a policy discussion Eric has been instructed to do by the president. He wants people to sit down and roll up their sleeves," Weingarten says. "This is not a charm offensive. This is substantive."
END_OF_DOCUMENT_TOKEN_TO_BE_REPLACED

END_OF_DOCUMENT_TOKEN_TO_BE_REPLACED

House investigators are hoping these IRS employees will shed light on exactly why tea party and other conservative groups were inappropriately targeted for excess scrutiny when applying for tax exempt status.
END_OF_DOCUMENT_TOKEN_TO_BE_REPLACED

Washington (CNN) - CNN's latest health care poll, released Monday, has been in the political crossfire all week. Conservatives are using it as proof the policy is unpopular while liberals say it is an example for more aggressive policy on national health care.

As mentioned at the time, the national survey found that "a majority of Americans still oppose the nation's new health care measure, three years after it became law."
END_OF_DOCUMENT_TOKEN_TO_BE_REPLACED

(CNN) – It would be "regrettable" if the identities of the men photographed with Sen. John McCain in Syria this week are confirmed to be individuals responsible for a year-old kidnapping, the Arizona senator's office said in a statement Thursday.

There has been confusion and conflicting reports about who exactly the men pictured with McCain are, and whether or not they were involved in last year's kidnapping. CNN has been unable to confirm the identities of the men in the photograph. Nonetheless, McCain's office was quick to reject speculation the Republican knowingly met with men accused of the abduction.
END_OF_DOCUMENT_TOKEN_TO_BE_REPLACED 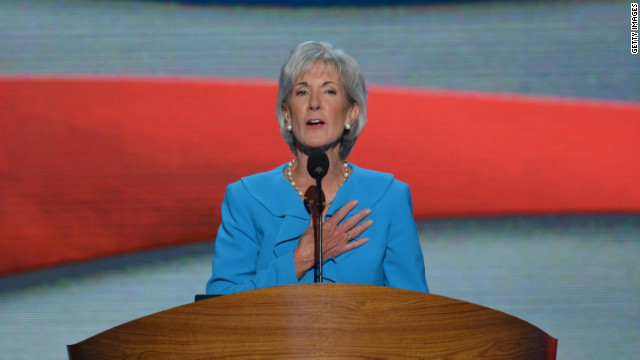 "Major news outlets in recent weeks have reported that U.S. Department of Health and Human Services (HHS) Secretary Kathleen Sebelius is raising money from the private sector-including from health care executives-for use by a private entity, Enroll America, that is helping to implement the Patient Protection and Affordable Care Act," the Republicans, who are the ranking members on several key committees, wrote the HHS inspector general on Thursday.
END_OF_DOCUMENT_TOKEN_TO_BE_REPLACED

The official did not know the status of any testing on anything found in the letter and did not disclose any details about whether there was a message in the letter. The source said the letter appears similar to the notes sent to the mayor and his group, Mayors Against Illegal Guns.

Poll: Voters divided between parties in 2014 battle for House

Washington (CNN) - A year and a half before the 2014 midterm elections, Americans are divided on whether they'll back Democrats or Republicans in the battle for Congress, according to a new national poll.

A Quinnipiac University survey released Thursday indicates voters nationwide are split at 38% on whether they'd back the Democrat or GOP candidate if elections for all 435 members of the House of Representatives were held today. A fifth of those questioned were unsure.
END_OF_DOCUMENT_TOKEN_TO_BE_REPLACED