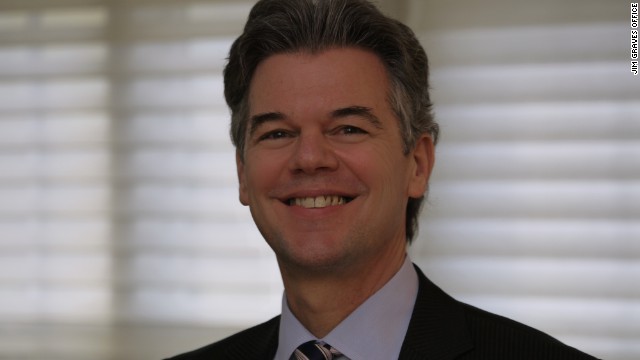 As goes Bachmann, so goes her challenger

(CNN) – Businessman Jim Graves, the Democrat who came close to defeating Rep. Michele Bachmann last year and who posed another challenge in 2014, has decided to indefinitely suspend his campaign–just two days after the Minnesota congresswoman announced her own decision against running for re-election.

"This was never about Jim Graves; this was about challenging the ineffective leadership and extremist ideology of Michele Bachmann on behalf of those she represents," Graves said of his decision in a statement.

Bachmann, who's been embroiled in an ethics scandal over campaign payments, announced Wednesday in a web video she would not seek a fifth term. While her political career may come to an end, she argued her "future is full" and "limitless."

Bachmann narrowly bested Graves in November by just under 5,000 votes–a surprisingly close finish for an incumbent who had also gained national fame by running for president in the same cycle.

In the video announcement, Bachmann said her decision was not influenced by any concerns about winning re-election.

"I've always, in the past, defeated candidates who were capable, qualified, and well-funded. And I have every confidence that if I ran, I would again defeat the individual who I defeated last year, who recently announced that he is once again running," Bachmann said.

Graves, who had already launched his 2014 campaign bid and was set to take part in another tense, high-profile contest against Bachmann, said Friday his goal of challenging the congresswoman was "accomplished" when she decided to retire.

"As of Wednesday, that goal was accomplished-and our supporters are and should be incredibly proud of that accomplishment," he said in the statement.

A millionaire hotel magnate, Graves started out as an elementary school math teacher when he teamed up with the father of one of his students in a business development. A few investments later, he started the Midwest hotel chain AmericInn. The chain grew to more than 60 hotels across the Midwest, and he later expanded in the luxury hotel and condo development business.

He didn't decide to run for Congress until the spring 2012, when he was watching a cable news show and the host asked why "good people" weren't going into public office.

"My wife and I looked at each other, and I said, 'Why don't we try to help make a change?'" Graves told CNN's Wayne Drash in an interview last fall.

There were two other Democrats in the race already. After meeting with both, he decided to join the race and the other two quickly bowed out.

Though he ultimately failed to topple Bachmann in November's election, he announced in April he'd give it another go.

In a separate interview Thursday about his decision to drop his campaign, Graves told MinnPost, which first reported the story, that Bachmann "wasn't representing the people of the 6th District appropriately, and now she won't be representing them."

"There's no way anyone could run and win who would be worse than Michele Bachmann," he continued. "So we accomplished that task."

Asked for a comment on Graves' decision, Bachmann's campaign office said Graves "has exposed himself as a pathetic fraud who never cared about serving the people of Minnesota."

"The only mission Jim Graves accomplished was wasting $500,000 of his own money on a race that he lost once and he would have lost again," Dan Kotman, a Bachmann spokesman, said.

A spokeswoman for the Democratic Congressional Campaign Committee, which works to get Democrats elected to Congress, said the group expects a "bitter Republican primary fight" in the coming months as the district fields candidates for the seat.

"Regardless of whether Michele Bachmann is running, her brand of extremism and obstruction has infected the Republican party – and it will be on the ballot in MN-06 and Republican-held districts across the country where we will fight to elect commonsense problem-solvers," Emily Bittner said in a statement.