Washington (CNN) - More than two-thirds of Americans don't believe that Congress will be able to work together to pass immigration reform, according to a new poll released Friday.

After months of talks and negotiations between the bipartisan "Gang of Eight" senators on immigration reform, a new Quinnipiac University poll indicates that only 24% of Americans are confident that Republicans and Democrats will be able to negotiate an immigration reform deal in the next year, while 71% believe that Congress will fail.
END_OF_DOCUMENT_TOKEN_TO_BE_REPLACED

Dem. Pryor: No one tells me what to do

(CNN) – After a barrage of television ads hit Arkansas airwaves criticizing Sen. Mark Pryor, the Democrat is going up with his own spot defending himself as an independent mind beholden to no special interests.

"The mayor of New York City is running ads against me because I oppose President Obama's gun control legislation," Pryor says in the spot. "Nothing in the Obama plan would have prevented tragedies like Newtown, Aurora, Tucson, or even Jonesboro. I'm committed to finding real solutions to gun violence while protecting our second amendment rights."
END_OF_DOCUMENT_TOKEN_TO_BE_REPLACED

Holder's statements at the May 15 hearing of the House Judiciary Committee have come under scrutiny from congressional Republicans, who are looking into whether the attorney general lied under oath earlier this month when he said he wasn't involved in the "potential prosecution of the press for the disclosure of material."
END_OF_DOCUMENT_TOKEN_TO_BE_REPLACED 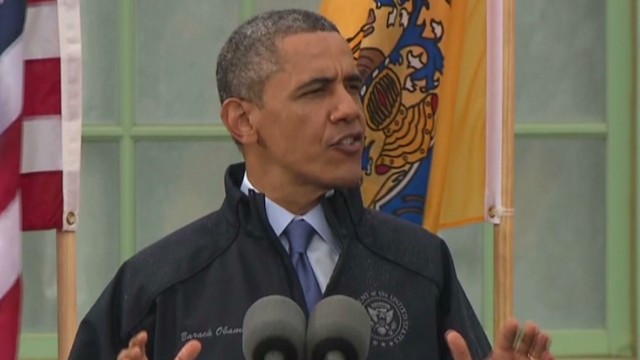 Washington (CNN) - When President Barack Obama headed to the Jersey Shore this week to tout the recovery effort from Superstorm Sandy, congressional Republicans sought to keep the nation's focus on Washington.

On the same day Obama played "Touchdown Fever" with New Jersey Gov. Chris Christie on the Point Pleasant boardwalk and urged Americans to come spend money in the devastated region, House GOP committee leaders ensured that a series of controversies dominating the start of the president's second term remained in the headlines.

(CNN) – In a new survey of potential 2016 presidential candidates, 52% of registered voters say they have a favorable opinion of former Secretary of State Hillary Clinton, down from 61% who said the same thing in February.

But the Quinnipiac University poll shows Clinton would be the favorite in hypothetical matchups against Republican Sen. Rand Paul of Kentucky and former Florida Gov. Jeb Bush.
END_OF_DOCUMENT_TOKEN_TO_BE_REPLACED

A Mexican court released an American woman detained over allegations she tried to smuggle 12 pounds of marijuana under a bus seat. Yanira Maldonado, an Arizona resident and mother of seven, had denied the charges. She was released Thursday night after the court determined that the prosecutors did not provide evidence. Her husband, Gary Maldonado, tearfully embraced his wife after she was released. They headed back to their hometown of Goodyear, Arizona, early Friday morning. The case has sparked widespread media coverage and attention from U.S. lawmakers as family members pushed for her freedom.

The father of a 27-year-old man shot dead by an FBI agent said Thursday that accounts he has heard about the killing make no sense. Ibragim Todashev was fatally shot early May 22 during questioning about a 2011 triple homicide in Waltham, Massachusetts, as well as his relationship with deceased Boston Marathon bombings suspect Tamerlan Tsarnaev. Todashev admitted to his direct role in slashing three people's throats in Waltham and said Tsarnaev was involved as well, a federal law enforcement official told CNN. It was during that interview - which took place in the kitchen of his Orlando, Florida, home - that Todashev was shot dead.

END_OF_DOCUMENT_TOKEN_TO_BE_REPLACED

(CNN) - The FBI announced Thursday its agents are looking for a letter, this one directed to the Central Intelligence Agency, that it believes was similar to at least three other letters that contained ricin.

(CNN) - Justice Department officials expressed a measure of regret on Thursday that the agency went as far as it did in national security leak investigations involving close scrutiny of reporters, and expressed a commitment to review its guidelines so reporters would not be at legal risk for doing their jobs.

That was a readout of a meeting on Thursday between Attorney General Eric Holder and media executives over the agency's policies, according to journalists who attended the discussion.
END_OF_DOCUMENT_TOKEN_TO_BE_REPLACED

"This is not about Eric Holder giving his defense. This is a policy discussion Eric has been instructed to do by the president. He wants people to sit down and roll up their sleeves," Weingarten says. "This is not a charm offensive. This is substantive."
END_OF_DOCUMENT_TOKEN_TO_BE_REPLACED