McCain, Schumer on Snowden: Russia should pay a price

(CNN) – Two high-profile senators on Sunday continued to admonish Russia for not handing over Edward Snowden, the leaker of National Security Agency secrets who's hiding in Russia as he seeks asylum in Ecuador.

Republican Sen. John McCain said Snowden's actions amounted to a "slap in the face to the United States" and called President Vladimir Putin "an old colonel KGB apparatchik" who "dreams of the restoration of the Russian Empire."
END_OF_DOCUMENT_TOKEN_TO_BE_REPLACED

Washington (CNN) - The U.S. Supreme Court on Sunday refused to stop California from issuing same-sex marriage licenses, turning aside an emergency request from supporters of Proposition 8, the voter-approved measure that had earlier been dismissed by the justices on narrow, jurisdictional grounds. It is the latest legal and political twist in an issue that has divided the state.

Justice Anthony Kennedy refused to vacate a stay of a decision Friday by the U.S. Court of Appeals for the 9th Circuit in San Francisco, which had lifted a previous injunction on the ability of gays and lesbians to legally wed. Officials across the state, including the attorney general, quickly began performing same-sex marriages, including those of the two couples who brought the original lawsuit. 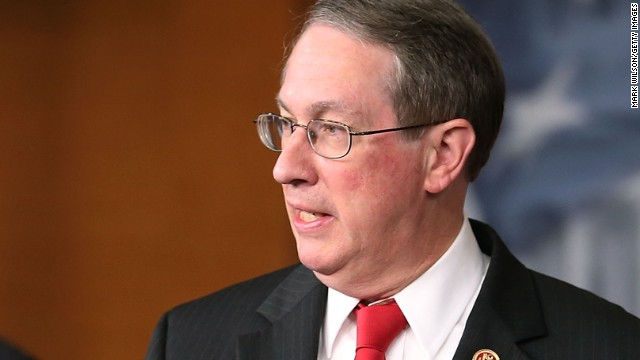 Goodlatte unsure if Congress will take up Voting Rights Act

The Virginia Republican said he doesn't know whether Congress will work to change the law so that it's considered constitutional by the justices.
END_OF_DOCUMENT_TOKEN_TO_BE_REPLACED

As Tom Donlion ends his tenure as national security adviser, Fareed Zakaria looks back at his time in the role – and discusses what Donilon believes are his key achievements.

(CNN) - U.S. President Barack Obama wrapped up his visit to South Africa on Sunday with a visit to the prison cell where anti-apartheid leader Nelson Mandela was held and a call to students to help build a new Africa.

Speaking at the University of Cape Town, Obama recounted how American college campaigns against investment in apartheid-era South Africa inspired him to get involved in a public cause for the first time. The school was the site of a famous speech by Sen. Robert F. Kennedy at the height of apartheid in 1966, and Obama said the leadership of figures like Kennedy, the now-ailing Mandela and Indian independence leader Mahatma Gandhi - who began his career as a lawyer in South Africa - "stand as a challenge to your generation." 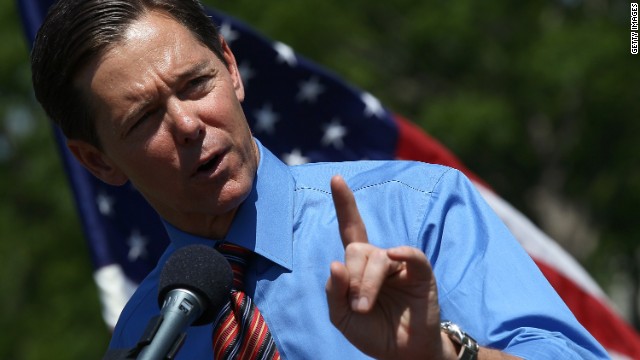 Ralph Reed: Was Obama a ‘bigot’ before endorsing same-sex marriage?

His comments came after Maddow said on NBC's "Meet the Press" that those who oppose the right for gay and lesbian couples to legally wed think public policy should "demean gay people as a way of expressing disapproval of the fact that we exist."
END_OF_DOCUMENT_TOKEN_TO_BE_REPLACED

Immigration reform in the House looks uncertain as lawmakers quarrel

(CNN) – Two top lawmakers in the House immigration reform effort battled Sunday over how a compromise could be obtained in the Republican-controlled chamber, after the Democrat-controlled Senate passed sweeping reform legislation last week.

Republican Rep. Bob Goodlatte, chairman of the House Judiciary Committee, flatly said the House should not take up the Senate bill and should produce its own version instead. But Democratic Rep. Luis Gutierrez, a fellow member of the committee, said Republicans are failing to produce anything worth voting on. The two sat side by side Sunday morning on CNN's "State of the Union."
END_OF_DOCUMENT_TOKEN_TO_BE_REPLACED

(CNN) - David Boies, one of the key attorneys who led the legal fight against California’s ban on same-sex marriage, reiterated Sunday he will work with proponents to make sure marriage equality becomes legal “in every single state in the union.”

“There isn't any state we're giving up on,” he told CNN’s chief political correspondent Candy Crowley on “State of the Union."
END_OF_DOCUMENT_TOKEN_TO_BE_REPLACED

Snowden wasn't in Ecuador on Saturday, but if he does arrive there, the country will make a decision based on sovereignty, taking into account U.S. input, Correa said in his weekly broadcast on state TV.

(CNN) - President Barack Obama continued to push his aggressive climate change plan, urging Americans in his weekly address Saturday to contact their representatives and remind them "there is no contradiction between a sound environment and a strong economy."