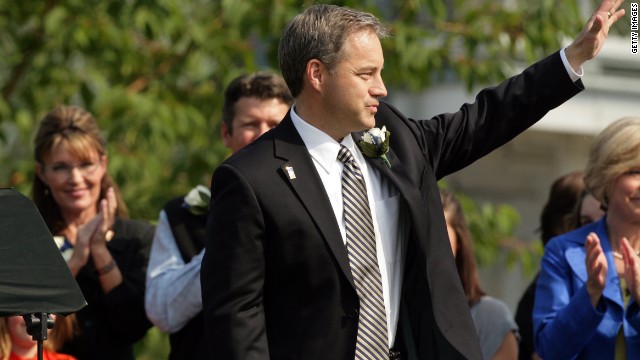 The governor said his state is prepared to pay millions in a partnership with the federal government to explore the Arctic National Wildlife Refuge for precise estimates of its energy potential.

"What we propose is a fact-finding mission on federal lands with the State of Alaska covering up to one-third of the cost, so Americans have the facts on ANWR, and can understand what’s at stake for the country," he said.

Parnell also urged the president to approve the Keystone XL pipeline project, which would carry oil from the Canadian tar sands to the Gulf of Mexico. The project has seen fierce opposition from environmentalists who say the pipeline would have a severe impact on the areas surrounding the proposed oil path.

The State Department in March approved the project after initially rejecting it. President Barack Obama has promised to decide soon on whether or not to allow the TransCanada oil company to lay the 835-mile long Keystone pipeline from Alberta, Canada, to Steele City, Nebraska. The southern leg of the pipeline has already been approved and is under construction.

A third energy option, he said, is offshore drilling. "And there's a lot of it out there."

"Offshore drilling has been stalled. Permitting for energy that can restore jobs across America is delayed. That’s not the ‘all of the above’ energy strategy that the president promised," he said.

In his weekly address, the president said within the next few months "we’re projected to begin producing more of our own crude oil at home than we buy from other countries – the first time that’s happened in 16 years."

But Parnell argued that oil is coming from "private lands, while production on federal lands, which belong...to the taxpayer, has dropped dramatically."