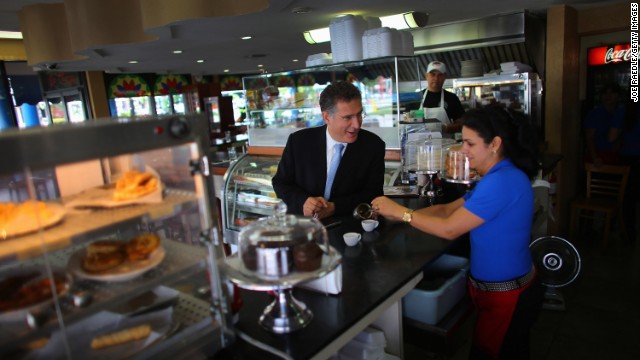 The congressman said at a press conference he asked for the staffer's resignation and called for fixes to the "flawed voter absentee process" which left the system vulnerable.

Garcia said he demanded the resignation of chief of staff Jeffrey Garcia (no relation, according to local media reports), then fired him shortly after learning of the allegations Friday afternoon.

No fraudulent ballots were cast as a result of this alleged plot, the congressman said.

"I've asked an attorney to investigate what went on and interview the people. I have asked all of my staff to fully cooperate with any investigation," he said. "Here's the good part about this - from my conversations thus far, no ballots were tampered with, no ballots were touched.

"I believe that while this was an ill-conceived effort," he continued, "it was meant to expand voter access."

Jeffrey Garcia told CNN on Saturday he had no comment on the matter.

The Miami Herald, which first reported the story, said investigators were looking into absentee ballot requests flagged by elections software as fraudulent. An investigation conducted by the paper found more than 2,500 fraudulent ballot requests during the congressional primary last year, although it was not clear how many were allegedly tied to Garcia.

"We were angry and tremendously bothered by this," the congressman said at the press conference. "I can't tell you the disappointment we feel about how this happens … there can be zero tolerance for anything like this."

One was the congressman's communications director, Giancarlo Sopo, the paper reported. CNN's attempts to contact him on Saturday were unsuccessful.

Garcia said Sopo denied involvement and added "I take him at his word." But Garcia said he would likely temporarily reassign Sopo or put him on administrative leave.

Neither the state attorney's office for Miami-Dade County nor the state elections office returned calls on Saturday from CNN.

Garcia emphasized that the system for requesting absentee ballots "is prone to fraud," especially in that county, but he did not explain if he thought that diluted the severity of the charges against his former chief of staff.