(CNN) - Hillary Clinton - former first lady, senator, and secretary of state - may have a future as a television executive.

Speaking to an audience of fashion industry bigwigs Monday in New York, Clinton offered a pitch for Bravo, the television network that's the original home to "Project Runway" (the show now airs on Lifetime).
END_OF_DOCUMENT_TOKEN_TO_BE_REPLACED

(CNN) - President Barack Obama is set to put forward three nominations for the influential United States Court of Appeals for the District of Columbia on Tuesday, officials told CNN.

The officials, speaking anonymously since the announcement has not yet happened, said the president will nominate attorney Patricia Millett, law professor Cornelia "Nina" Pillard, and U.S. District Judge Robert L. Wilkins to the court, which is often regarded as the second most important judicial panel in the country after the United States Supreme Court.
END_OF_DOCUMENT_TOKEN_TO_BE_REPLACED

(CNN) - In an adventure worthy of the TV show "Survivor," Sen. Jeff Flake and two of his sons marooned themselves on a deserted island in the Pacific last week during the Senate's week off.

Dodging sharks and suffering sunburns, the senator and his two teenage boys spent four days fending for themselves – spearing fish, catching crabs, picking up coconuts and sleeping outdoors in hammocks. They cooked what they caught, over a campfire kindled with a magnifying glass.
END_OF_DOCUMENT_TOKEN_TO_BE_REPLACED 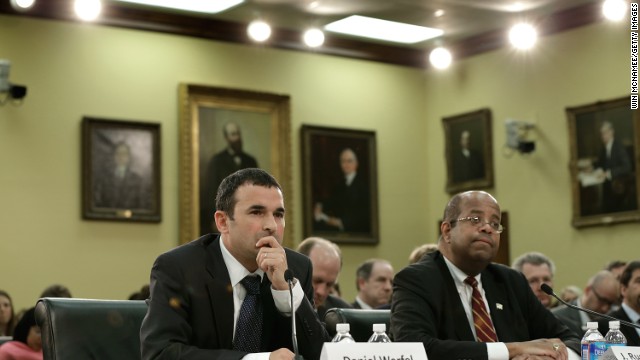 Washington (CNN) - In the middle of his first congressional hearing as the new head of the embattled Internal Revenue Service, Daniel Werfel was asked Monday how he would restore public trust in the agency after revelations that conservative groups seeking tax-exempt status were targeted for extra scrutiny.

"It is going to be a difficult process," acknowledged Werfel, a career public servant appointed by President Barack Obama last month to clean up the mess that is dominating news headlines early in his second term.

"It's no mystery that Senator Lautenberg and I didn't always agree," Christie said Monday of the liberal Democrat. "In fact, it probably is more honest to say we very often didn't agree, and we had some pretty good fights between us over time - battles on philosophy and the role of government." 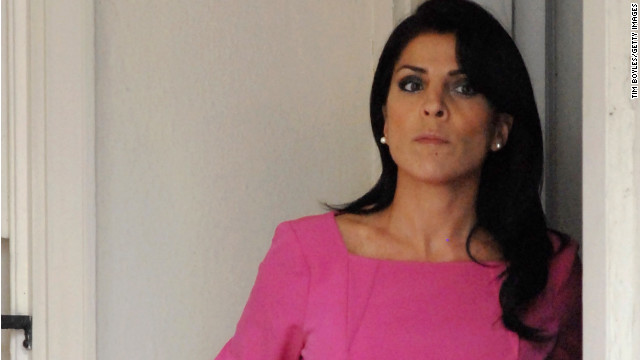 The complaint, filed in federal district court in Washington, accuses unnamed federal officials of wrongfully searching her personal e-mails and divulging what she says was false information to the media.
END_OF_DOCUMENT_TOKEN_TO_BE_REPLACED

'Liar' charge a step too far for some Republicans

(CNN) – Rep. Darrell Issa's assertion Sunday that Jay Carney is a "paid liar" wasn't met with a chorus of agreement Monday from fellow Republicans, some of whom said the comment was misplaced amid real worries about government overreach.

Two outspoken senators – John McCain and Lindsey Graham – both disavowed the remark, saying Issa should focus instead on getting to the bottom of the scandals engulfing the Internal Revenue Service.
END_OF_DOCUMENT_TOKEN_TO_BE_REPLACED

REPRESENTING HIMSELF: A military judge has ruled Major Nidal Hasan can represent himself in the upcoming trial where he is accused of killing 13 people, Ft Hood Public affairs said in a press release. Judge Col. Tara Osborn said Major Hasan was, “physically and mentally capable of defending himself.” – Pam Benson

END_OF_DOCUMENT_TOKEN_TO_BE_REPLACED

Washington (CNN) - The Justice Department said Monday that Attorney General Eric Holder's recent testimony about leak cases involving reporters was "accurate and consistent," the latest response in an effort to refute charges the attorney general perjured himself in Congressional testimony.

Holder authorized a search warrant to get e-mails from a reporter's personal account but the Justice Department said at no time "have prosecutors sought approval to bring criminal charges against the reporter."
END_OF_DOCUMENT_TOKEN_TO_BE_REPLACED

"I'm not going to get into a back-and-forth with Chairman Issa," Carney said, laughing it off at the daily press briefing.
END_OF_DOCUMENT_TOKEN_TO_BE_REPLACED