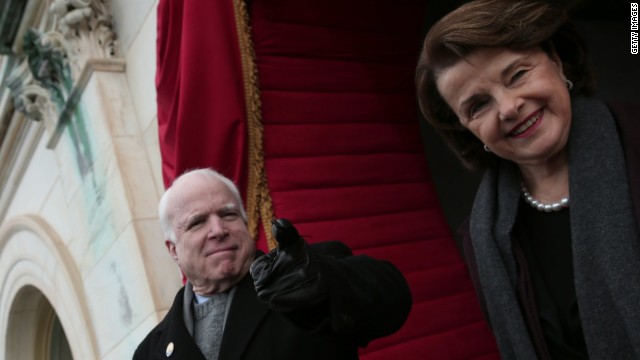 “We continue to believe that it is in our national interest to end detention at Guantanamo, with a safe and orderly transition of the detainees to other locations," read a joint from White House Chief of Staff Denis McDonough, Sen. John McCain, R-Arizona, and Sen. Dianne Feinstein, D-California.

“We intend to work, with a plan by Congress and the Administration together, to take the steps necessary to make that happen," the three officials continued.

Earlier in the day, National Security Council Spokeswoman Caitlin Hayden wrote the trip was a follow up to President Barack Obama's May 23 speech">speech last month renewing his bid to close the facility.

The officials were in Cuba to "review the situation there and discuss the steps that we can take with the Congress to meet the President's goal of closing the facility," Hayden said.

McCain in a Twitter message said he was joining them to "review the situation."

Obama: No justification to prevent closing of Gitmo