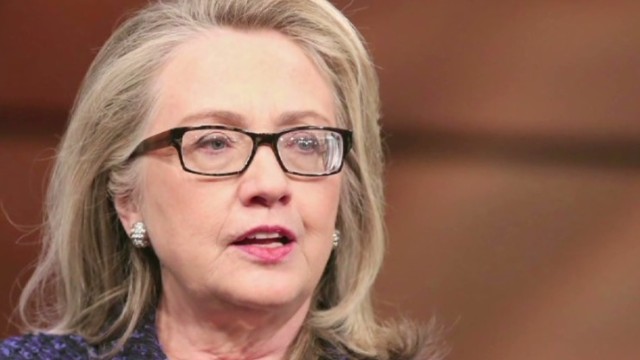 According to the Bloomberg Poll released Friday, 58% of Americans said they have a positive view of the former first lady and senator from New York, down 12 percentage points from December.

At the same time, the proportion of those who say they have a very unfavorable view has doubled to 22% from 11% during the same time.

The poll comes a week after a Quinnipiac University survey indicated Clinton's favorable rating had decreased nine percentage points to 52%, from 61%.

Clinton finished out her term as secretary of state with high marks. But the latest favorable ratings come after some Republicans have made renewed efforts to place blame on Clinton over the Obama administration's handling of last year's terror attack on a U.S. diplomatic post in Benghazi.

And it's not all too surprising that Clinton's rating would drop now that she's transitioned from her non-partisan role at the State Department to a more political figure who may be weighing a 2016 presidential bid.

Bloomberg surveyed 1,002 adults by telephone from May 31-June 3, with a sampling error of 3.1 percentage points.