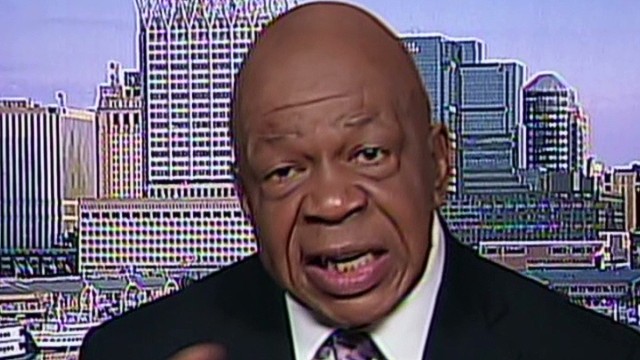 (CNN) – A “conservative Republican” manager of Cincinnati-based IRS screeners told congressional investigators there was no evidence the White House was involved in the agency’s targeting of conservative groups, according to the Democratic leader of a committee probing the scandal.

This refutes claims by some Republicans that the groups were targeted at the direction of political operatives working to get President Barack Obama re-elected, said Rep. Elijah Cummings, D-Maryland, on CNN's "State of the Union" on Sunday.

“He is a conservative Republican working for the IRS. I think this interview and these statements go a long way to showing that the White House was not involved in this,” he said.

Further, Cummings said the interviews conducted by the House Oversight Committee were conclusive enough for the investigation to be considered complete.

“Based upon everything I’ve seen, the case is solved,” he said. “If it were me, I would wrap this case up and move on.”

Rep. Darrell Issa, the Republican chairman of the House Oversight Committee, told CNN’s “State of the Union” last Sunday that interviews with workers in the Cincinnati IRS office indicated the targeting of conservative groups was "a problem that was coordinated in all likelihood right out of Washington headquarters - and we're getting to proving it."

“My gut tells me that too many people knew this wrongdoing was going on before the election, and at least by some sort of convenient, benign neglect, allowed it to go on through the election,” Issa said. “I’m not making any allegations as to motive, that they set out to do it, but certainly people knew it was happening.”

But in the interview excerpts released by Cummings, the charge of political motivation is refuted by the Cincinnati manager, who described himself to investigators as a “conservative Republican.”

“I do not believe that the screening of these cases had anything to do other than consistency and identifying issues that needed to have further development,” the manager said, according to the document released by the Democratic staff of the Oversight Committee.

The excerpts indicate the manager was later asked whether he had “any reason to believe that anyone in the White House was involved in the decision to screen Tea Party cases.”

The manager replied “I have no reason to believe that.”

In the excerpts Cummings did release, the manager tells interviewers that it was his decision to send one particular application in 2010 to the Washington tax-exempt office – not for political reasons, but rather so a precedent could be set for later cases where screeners suspected a group of conducting political activity.

“In his interview he said over and over again, ‘I want it to be consistent.’ So that's how all of this got started. Period,” Cummings said.