What's behind the drop in Hillary Clinton's numbers?

Washington (CNN) - Three national polls out over the past two weeks indicate the same thing - that former Secretary of State Hillary Clinton's favorable rating is dropping.

But two things: If you're surprised by the slippage, don't be. And while edging down, Clinton's favorable ratings are still firmly in positive territory.
END_OF_DOCUMENT_TOKEN_TO_BE_REPLACED

N.J. Senate Poll: Booker vs. 'who are these guys?'

(CNN) - As the race to fill the seat of the late Democratic Sen. Frank Lautenberg gets underway, the first two polls in the contest indicate Mayor Cory Booker of Newark, New Jersey, with large leads over his rivals.

Lautenberg died last Monday at age 89 and was buried on Friday at Arlington National Cemetery. Last Tuesday New Jersey Gov. Chris Christie announced plans to hold a special Senate election this year, with the Democratic and Republican primaries on August 13 and the general election on October 16. The winner would serve the final 14 1/2 months of Lautenberg's term. An election to a full six-year term will be in November 2014.
END_OF_DOCUMENT_TOKEN_TO_BE_REPLACED

King: 'Defector' Snowden is a danger to national security

King, a Republican member of the House Homeland Security Committee, added on CNN's "Starting Point" that Edward Snowden's claim he could have wiretapped President Barack Obama's own correspondence was a lie.
END_OF_DOCUMENT_TOKEN_TO_BE_REPLACED 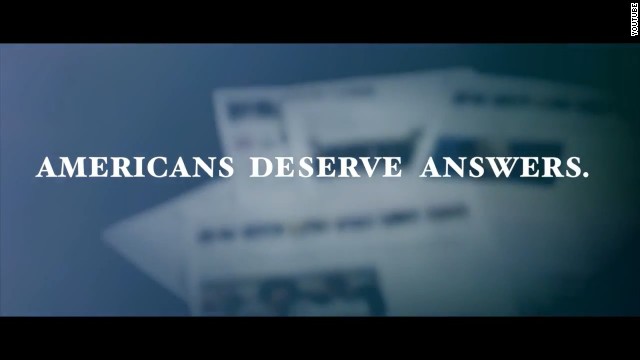 (CNN) – As attention in Washington shifts to the surveillance activities of the National Security Agency, national Republicans are seeking to keep pressure on President Barack Obama's administration to explain their role in the IRS's targeting of conservative groups.

In a video released Monday, the Republican National Committee splices together clips of IRS officials testifying before Congress, appearing to withhold answers from lawmakers on who knew what about the targeting of groups applying for tax exempt status.
END_OF_DOCUMENT_TOKEN_TO_BE_REPLACED

Will U.S. arm Syrian rebels? White House to discuss it this week

Jerusalem (CNN) - Obama administration officials confirm there will be White House meetings this week on Syria, where discussion of possibly sending lethal weapons to Syrian rebels will be on the agenda.

The officials stressed no final decisions have been made, although they said President Barack Obama was inching closer to signing off on arming moderate rebel units that had been vetted. 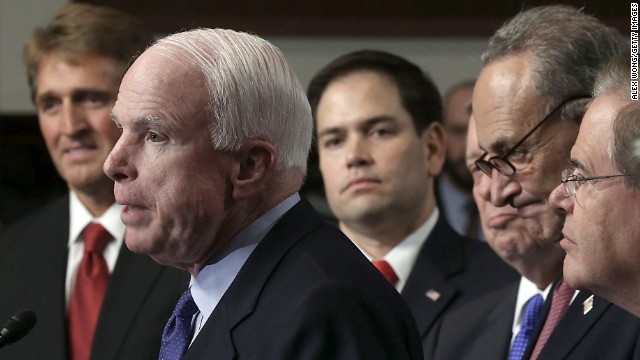 Washington (CNN) - As the Senate this week casts its first round of votes on immigration reform, a divided Republican conference on the other side of the Capitol may be a roadblock to any immigration measure passing Congress this year.

And that internal split will soon pose a critical test for House Speaker John Boehner.

New York (CNNMoney) - There's been a lot of concern about the effects of the spending cuts under the so-called sequester this year. But it's likely that federal spending will soon go down even further in many ways.

That's because, barring action by lawmakers, the cap on total defense and domestic "discretionary" spending is set $19 billion lower for fiscal 2014, which begins Oct. 1.

(CNNMoney) - President Obama is set to name Jason Furman as the chairman of the Council of Economic Advisers, the fourth person to hold the top economics post since Obama took office.

Furman has served as assistant to the president for economic policy and as principal deputy director of the National Economic Council, a post he has held since the beginning of the administration. During his time in the White House, he has helped craft the stimulus bill passed in the administration's early days and was a major contributor to the shaping of health care reform legislation.

Seniors in almost every state in the country are falling short when it comes to affording their golden years, according to a study released Monday. Nationwide, seniors are living off of a median household income of $35,107, roughly 57% of the median income of their younger counterparts ages 45 to 64, according to an analysis of 2011 U.S. Census Bureau data by Interest.com, a financial information website owned by Bankrate.com. "We found that many senior citizens are significantly underfunded and risk running out of money," said Mike Sante, the site's managing editor. Only seniors in Nevada and Hawaii have median annual incomes that meet the savings benchmark commonly recommended by financial planners.
END_OF_DOCUMENT_TOKEN_TO_BE_REPLACED