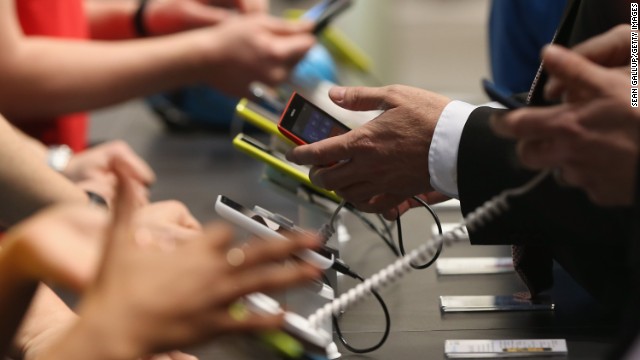 (CNN) - As the government faces some backlash over its surveillance programs–details of which were leaked last week–a new poll shows Americans have changed little in their views of federal monitoring and more than half indicate they're fine with one of the programs.

Fifty-six percent consider the government's tracking of phone records an "acceptable way" to investigate terrorism, according to the new national survey released Monday by the Pew Research Center and The Washington Post.

The public is less supportive, however, of the government's ability to monitor email, according to the poll.

The survey was conducted Thursday through Sunday, as information about the federal surveillance programs was being published by The Guardian and The Washington Post.

Another National Security Agency program, PRISM, allows analysts to extract the details of people's online activities - including "audio and video chats, photographs, e-mails, documents" and other materials - from computers at Microsoft, Google, Apple and other Internet firms.

Asked in the survey if the government should be able to monitor emails to prevent possible terrorism, 45% say "yes," while 52% say "no." Those numbers are relatively unchanged from a similar questioned asked in July 2002, less than a year after the September 11 terrorist attacks in the U.S.

The poll finds "no indications" that last week's reports "have altered fundamental public views about the tradeoff between investigating possible terrorism and protecting personal privacy," according to Pew.

Sixty-two percent of Americans say they favor investigating terrorist threats over not intruding privacy, while 34% say the opposite. Those numbers have also changed little from Pew polls taken in November 2010 and January 2006.

Younger Americans are more supportive of privacy–even if that limits the government's ability to investigate threats–than older Americans in general, but when asked specific questions about phone records and Internet monitoring, there is little difference between the age groups, according to the survey.

But younger people aren't following the story as closely as older Americans. Only 12% of 18-29-year-olds are keeping up with the phone records story, while 56% are not paying attention to it at all.

Pew interviewed 1,004 adults by telephone between June 6 and June 9. The poll has a sampling error of plus or minus 3.7 percentage points.