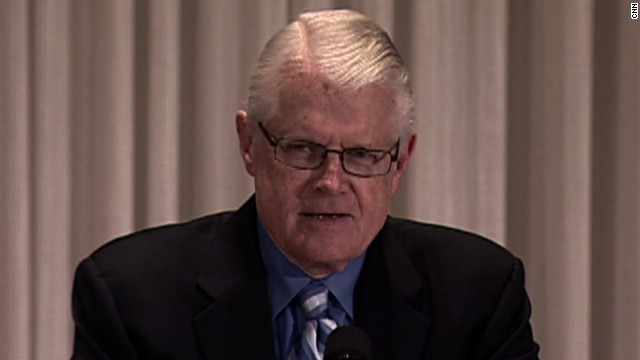 Washington (CNN) - Doug Bailey, one of the first successful political consultants of the modern era who later formed the influential political newsletter The Hotline, died Sunday.  He was 79.

Bailey passed away in his sleep, reported The National Journal, which published The Hotline.

Bailey's firm, Bailey Deardourf and Associates, was responsible for President Gerald Ford's ad campaign when he ran for re-election in 1976. It also helped elect a group of successful moderate Republican senators and governors.

"Doug Bailey was a rare individual. He cared about every person he met and every issue he tackled,” Alexander, now a U.S. Senator, said. “I would never have been elected governor without his help, and he did his best after that to help me be the best possible governor. He was a great friend and a great example for anyone who cares about public service,"

NBC White House Correspondent Chuck Todd, who previously was The Hotline’s editor in chief, tweeted, “Tough day for those of us lucky enough to know Doug Bailey. Am still in shock. Hope we can do his life justice as we share some great memories.”

Current editor Reid Wilson said, "Doug was one of a kind."

Bailey and Deardourff's ads are credited with helping Ford to dramatically narrow a double digit deficit in 1976. Jimmy Carter would, however,  go on to win the election with a narrow margin.

Decades before the Internet and instant e-mail production of political tip sheets, Bailey, along with Democrat Roger Carver, formed The Hotline, which compiled the latest campaign and political headlines and delivered it - by fax.

Its mid-morning arrival each weekday was eagerly awaited all across Washington.

"Hotline was the rumor mill plus the Internet plus Twitter plus local, national and office politics. Doug Bailey was ahead of his time," Democratic strategist and CNN contributor Paul Begala said.

Veteran campaign workers and journalists remembered passing around copies of it trying to stay on top of the latest buzz.

According to The National Journal, "Bailey joked his initial subscribers had three questions for him after he made his pitch: 'You want to do what? You want me to pay you how much? And what's a fax?'"

"He was just incredibly kind and generous with his intellect, and he hired a lot of young people and encouraged them to do great things," recalled Amy Kramer, who worked at The Hotline in the early 1990's.

She described it as "the greatest place in the world if you loved politics."

Many of Washington's successful political journalists got their starts there.

Bailey sold The Hotline to the National Journal in 1996 but continued to contribute to it.