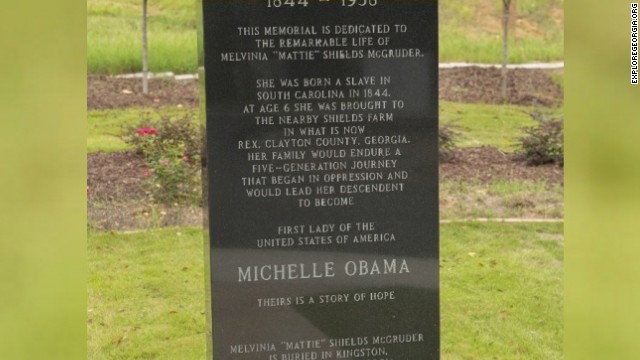 "It was done purposely. If I had to speculate some people may think it was a prank; not realizing what a serious matter it is. I really believe we have gone beyond any other motives," Clayton County Commissioner Sonna Singleton told CNN Tuesday during a phone conversation.
END_OF_DOCUMENT_TOKEN_TO_BE_REPLACED

Washington (CNN) - President Barack Obama tried Tuesday to build momentum for an immigration reform bill facing a key Senate procedural vote, saying the measure was a commonsense approach to fix a broken system that has allowed 11 million people to live illegally in America.

At a White House event a few hours before the Senate was scheduled to vote on whether to debate the compromise measure, Obama emphasized that it would increase spending on border security and require undocumented immigrants to pursue what he called an "arduous" path to eventual citizenship.

Washington (CNN) - History shows that second terms in the White House can be much tougher than first ones, and that is proving true so far for President Barack Obama.

Less than five months in, Obama and his administration appear knocked off balance by a barrage of controversies and criticisms exacerbating the bitter political battles that marked his first four years in office.

(CNN) - Senior State Department and Diplomatic Security officials may have covered up or stopped investigations of inappropriate or even criminal misconduct by staff, according to an internal memo from the department's Office of the Inspector General.

The timeline surrounding the allegations places the incidents during former Secretary of State Hillary Clinton's tenure, opening the possibility that a widening scandal might taint both her record and her possible political aspirations. Clinton has also taken heat for the department's response to the September 2012 attack on the U.S. Embassy in Benghazi, Libya. 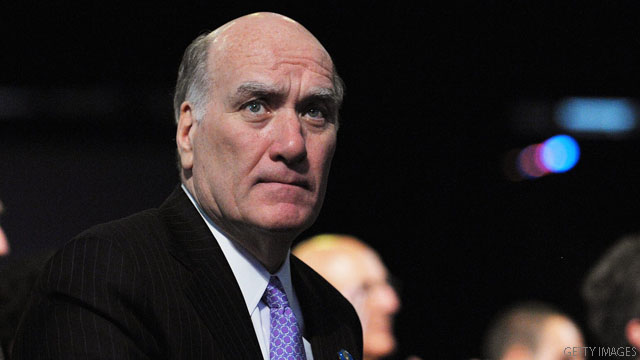 (CNN) – Bill Daley, who served as President Barack Obama's chief of staff for one year between 2011 and 2012, announced Tuesday he was launching an exploratory bid for Illinois governor.

"The people of Illinois are paying a price for political failure," Daley said in a video announcing his campaign, pointing to stalled pension reform and marriage equality bills in the state legislature.
END_OF_DOCUMENT_TOKEN_TO_BE_REPLACED

(CNN) - As the U.S. Senate prepares for its first procedural votes on the "Gang of Eight" immigration plan, a top labor union is launching a seven-figure ad buy on cable television. 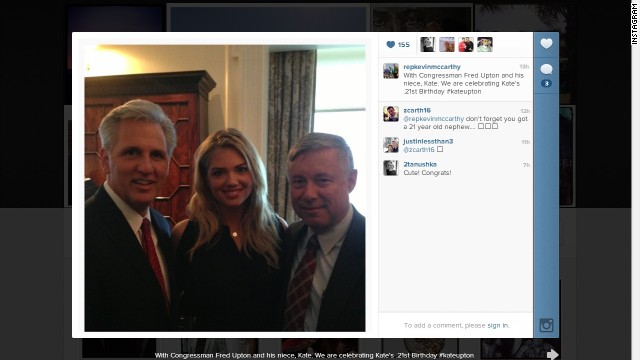 (CNN) – It's not how you'd expect a supermodel to spend her 21st birthday.

Kate Upton, made famous by the Sports Illustrated swimsuit edition, rang in the big day with her uncle, GOP Rep. Fred Upton of Michigan and GOP Whip Kevin McCarthy.
END_OF_DOCUMENT_TOKEN_TO_BE_REPLACED

Turkish riot police in sizable numbers moved into Taksim Square on Tuesday morning, where they engaged in a game of cat-and-mouse with a small, hard-core group of protesters. The protesters lobbed Molotov cocktails at armored vehicles and burned one. Police responded by spraying water cannons. The demonstrators, using wooden boards as shields, would pull back - only to return again, lobbing cocktails and firecrackers and flashing "victory" signs. Smoke from tear gas and fireworks wafted through the air as the armored vehicles shoved away makeshift barriers set up by the demonstrators.