The video, he said, was supposed to run during the Republican National Convention and featured Trump sitting in his office with an actor who looked like President Obama. After telling the faux president "what a lousy job" he's done, Trump said, he delivered his famous line to the actor: "You're fired!"
END_OF_DOCUMENT_TOKEN_TO_BE_REPLACED

Washington (CNN) - Attorney General Eric Holder will send the House Judiciary Committee additional information next week to clarify his earlier testimony about reporters and leak investigations, according to Republican leaders of the panel.

Chairman Bob Goodlatte, R-Virginia, and Rep. Jim Sensenbrenner, R-Wisconsin, said Friday in a statement that Holder has agreed to respond to specific questions the Republicans submitted to him at the end of May. A committee aide told CNN that Holder is supposed to submit his answers in writing by Wednesday, June 19.
END_OF_DOCUMENT_TOKEN_TO_BE_REPLACED 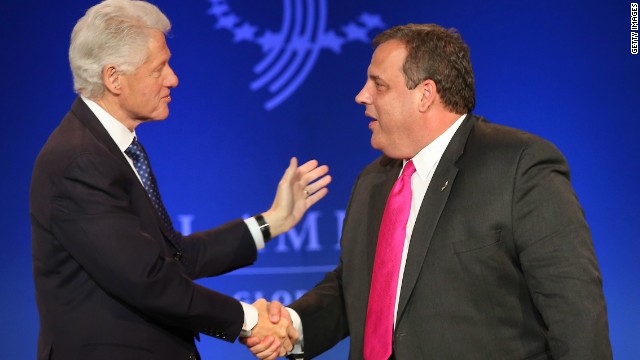 “The enduring image most Americans have of you is standing there in your jacket, grieving with your people, working with them and working with the president,” Clinton said to Christie during an onstage discussion at the Clinton Global Initiative meeting in Chicago.
END_OF_DOCUMENT_TOKEN_TO_BE_REPLACED

He nominated Rufus Gifford, who had served as finance chairman of the inaugural committee, as ambassador to Denmark. Gifford also was finance director of the president’s re-election campaign. That effort brought in more than $700 million partly by finding new ways of maximizing small donors.
END_OF_DOCUMENT_TOKEN_TO_BE_REPLACED 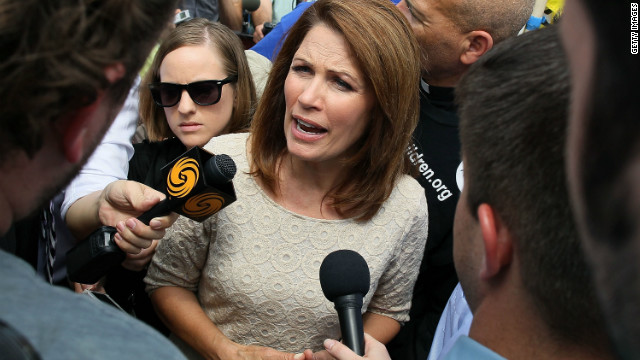 HOW TO SILENCE an audience of conservatives part 1: Jeb Bush, arguing for immigration reform, says immigrants 'are more fertile'… "Immigrants create far more businesses than native-born Americans over the last 20 years. mmigrants are more fertile, and they love families, and they have more intact families, and they bring a younger population. Immigrants create an engine of economic prosperity," Bush said at the annual Faith and Freedom conference in the nation's capital.

HOW TO SILENCE Establishment Republicans, part 2: Michele Bachmann announces (sort of) … "I just recently announced that I wouldn't be seeking a fifth term in the United States House of Representatives, but I do have a very important announcement that I would like to make to each one of you today," Bachmann began. "It is this: I do intend to run for president," she said, pausing for loud cheers from the crowd. But she had an addendum: "…of the Tim Tebow fan club."

GAME ON: Despite smug dismissals of early campaign coverage ...the '16 race for president is starting to take shape. – Mark Preston

END_OF_DOCUMENT_TOKEN_TO_BE_REPLACED 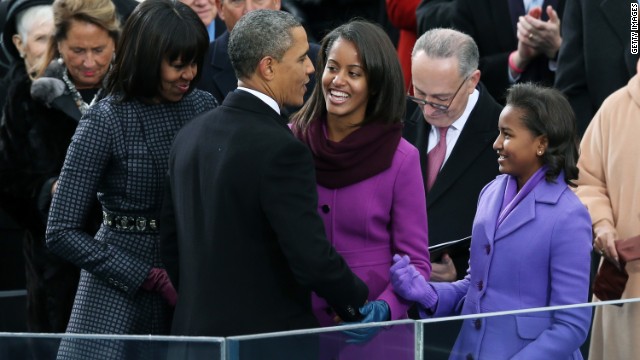 White House (CNN) – President Barack Obama's family will start their summer vacation with a trip to Europe, joining him as he travels to the United Kingdom and Germany next week, the White House announced on Friday.

First lady Michelle Obama and first daughters Malia and Sasha will start their three-day tour by attending the president's speech to local students in Belfast, in Northern Ireland.
END_OF_DOCUMENT_TOKEN_TO_BE_REPLACED

Christie has repair work to do with conservatives

Washington (CNN) - New Jersey Gov. Chris Christie declined an invitation to attend a major gathering of social conservatives this week in Washington, opting instead to make a high-profile appearance at a forum organized by former President Bill Clinton in Chicago.

Christie's decision was hardly a bombshell: Up for re-election in November in a Democratic-leaning state, the governor can hardly afford to be seen courting Christian conservatives and sharing a stage with divisive figures like Michele Bachmann and Herman Cain. 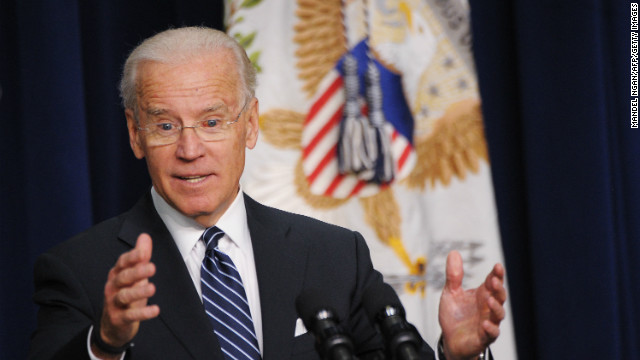 (CNN) - With Election Day in the special Senate contest in Massachusetts closing in, and the polls relatively tight, another top Democrat will make the trek to the Bay State next week to try and keep the long-held seat in party hands.

(CNN) - Should Hillary Clinton decide to run for president again, she doesn't need to worry about convincing daughter Chelsea.

"She's my mom. I'm just unabashedly, unapologetically biased towards her, because I think she's just awesome in every way. She exemplifies and supports and advocates for so much of what I believe in," the younger Clinton told CNN's Michaela Pereira in an interview. All three Clintons - former President Bill, former Secretary of State Hillary, and former First Daughter Chelsea - are in Chicago for the meeting of the Clinton Global Initiative. 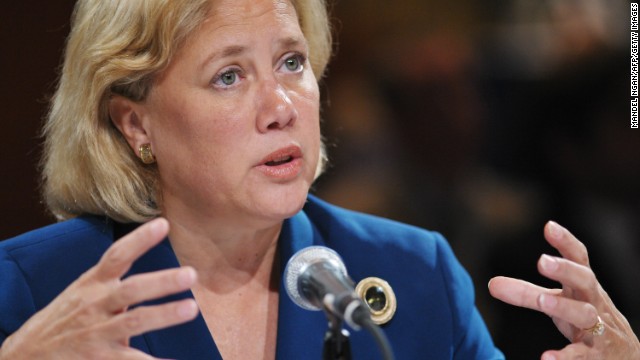 Conner Snellings was booked on charges of driving while intoxicated, hit and run, driving the wrong way on a one way street, failing to maintain control of a vehicle, and possession of alcohol in a vehicle, the New Orleans Police Department said.
END_OF_DOCUMENT_TOKEN_TO_BE_REPLACED