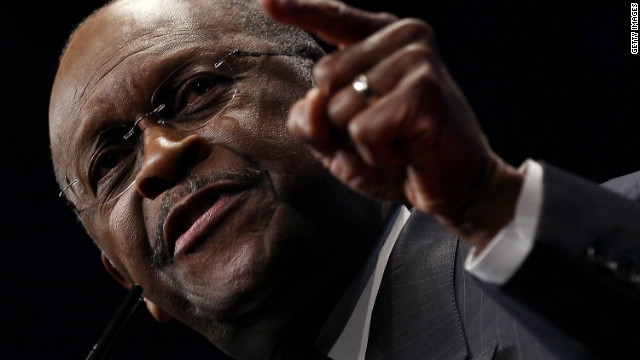 "We've got the IRS abuse. FEC intimidation. EPA discrimination. DOJ intimidation. NSA corruption. And it goes on and on and on in terms of the abuse and the corruption in the government that wants to control all of our lives," he said at the annual Faith and Freedom Coalition conference.

The former GOP presidential candidate denounced the government, accusing it of overreach and telling the conservatives gathered that "if you don't agree, they will try to find ways to silence you."

He said it's like a scene out of George Orwell's book "1984," which introduced the Big Brother government that controlled minds, journalism and virtually everything else.

But conservatives can retake government, including both houses of Congress, he said, through enthusiasm, activism and targeting specific races for office.

As to possible 2016 presidential contenders, Cain urged the conservatives to pay as much attention to potential 2014 congressional candidates and to break the high levels of incumbents being re-elected.

"Before you stop a train, you have to slow it down," he said. "Too many people are discouraged because they think that this is a sprint. It's a marathon. ... That's what we do in 2014: We focus on slowing it down."

Cain ended his roller-coaster bid for the White House about a month before the first votes were cast and has since continued to criticize President Barack Obama in speaking engagements and an online video channel.