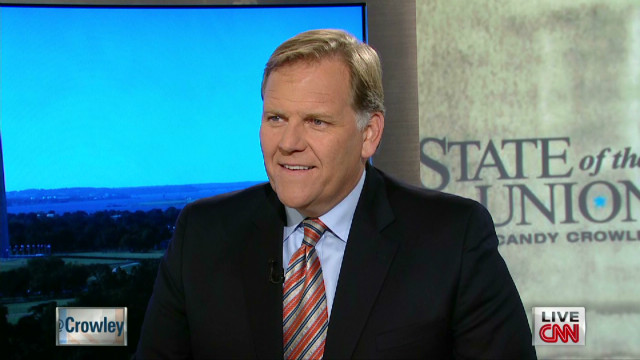 Rogers 'happy' with decision not to run for Senate

(CNN) - Rep. Mike Rogers, R-Michigan, talked Sunday about his decision not to run for the U.S. Senate in 2014, saying he wanted to focus on his role as chairman of the House intelligence committee.

"That is a huge responsibility. It takes time to learn the programs, understand the programs. Some of them are very complicated and technical," he said on CNN's "State of the Union."

"I would have really slowed down my ability to be chairman to run for Senate," he continued. "And I just felt I'm making an impact here, and it's important for our national security to have some consistency in the chairmanship to make sure we're doing things right."

Rogers was considering a GOP bid in the open Senate race next year, after longtime Democratic Sen. Carl Levin announced he would not be seeking re-election.

Rogers’ announcement also came a few weeks after the Democratic front-runner in Michigan picked up the support of Levin and the state's other senator, Democrat Debbie Stabenow.

Rep. Gary Peters, a three-term Democrat whose district includes parts of Detroit, got the boost after Democratic activist Debbie Dingell, wife of Rep. John Dingell, and former two-term Gov. Jennifer Granholm each announced she would sit out the race.

Rogers cited his son's final two years in high school as another reason he decided not to embark on a high-profile, statewide Senate campaign.

"All of that together, I think led to a great decision. We're very, very happy - my family and I - with the decision," he told CNN’s chief political correspondent Candy Crowley.