(CNN) – In interviews, Ann Romney has said she and husband Mitt are finished with presidential politics. But the wife of last year's GOP presidential nominee isn't going completely quiet.

During Tuesday evening's city council meeting in San Diego, Mrs. Romney stepped to the microphone during a public comment period to voice concern over the California city's procedures for developing coastline properties.
END_OF_DOCUMENT_TOKEN_TO_BE_REPLACED

But as of Wednesday, the White House hadn't made any moves on announcing Mueller's successor. His term ends in September, and with Congress out of town for much of August, that doesn't leave much time for the Senate to consider the president's nominee.
END_OF_DOCUMENT_TOKEN_TO_BE_REPLACED

(CNN) - After U.S. President Barack Obama and German Chancellor Angela Merkel discussed hot-button issues like America's surveillance programs during his visit to Berlin on Wednesday, the leaders addressed them with reporters.

Obama visited Germany, the United States' largest European trading partner, after attending a G8 conference earlier this week in Northern Ireland. Below is a quick look at what Obama said Wednesday - a few hours before he spoke to the public at Berlin's Brandenburg Gate - on European concerns about U.S. surveillance programs, Russia's disagreement with the United States over Syria, and more:

Christie is a fan of who??

New Jersey Gov. Chris Christie announced his support for one of the most divisive football teams in the country–and it's not one of the two teams that play in his state.
END_OF_DOCUMENT_TOKEN_TO_BE_REPLACED 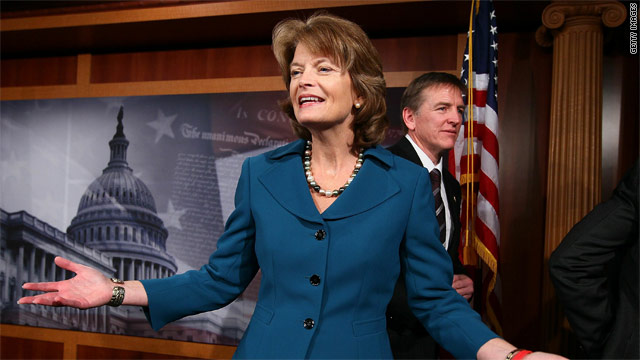 (CNN) - Republican Sen. Lisa Murkowski of Alaska announced her support Wednesday for same-sex marriage, becoming the third sitting GOP senator to back the right for gay and lesbian couples to marry.

She made her endorsement during an interview with a local television station in Alaska and in an opinion piece on her website, just days before the Supreme Court is expected to rule on two high-profile cases involving same-sex marriage.
END_OF_DOCUMENT_TOKEN_TO_BE_REPLACED

But nearly two-thirds of Americans still want Congress to hold public hearings on the issue, according to the Washington Post/ABC News poll released Wednesday.
END_OF_DOCUMENT_TOKEN_TO_BE_REPLACED 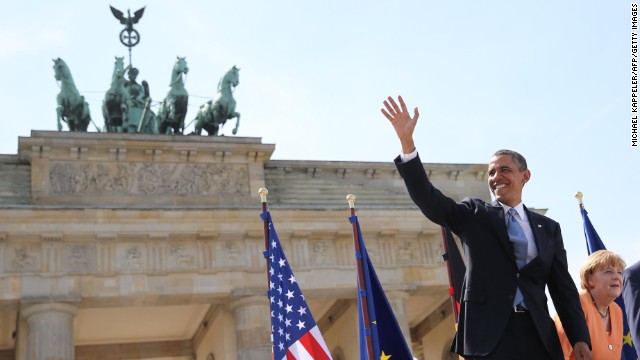 (CNN) - U.S. President Barack Obama followed in the footsteps of past U.S. leaders with a speech Wednesday at Berlin's iconic Brandenburg Gate that a senior administration official said would ask Russia to join the United States in slashing its supply of strategic nuclear warheads.

"Hello, Berlin," Obama said twice to cheers, then told the crowd standing in bright sunshine he would remove his jacket due to the heat. "We can be a little more informal among friends."

Afghanistan has suspended security talks with the United States - one day before American officials are set to meet with the Taliban for formal talks. President Hamid Karzai's office announced the suspension Wednesday, but offered a vague reason for doing so. "In view of the contradiction between acts and the statements made by the United States of America in regard to the peace process, the Afghan government suspended the negotiations," the statement from the office said. It wasn't clear whether Karzai's decision had anythig to do with the U.S.-Taliban meeting.

END_OF_DOCUMENT_TOKEN_TO_BE_REPLACED

CNN Economy Poll: Are you better or worse off than last year?

They're still a minority, but an increasing number of Americans say economic conditions right now are good, according to a new national poll.
END_OF_DOCUMENT_TOKEN_TO_BE_REPLACED