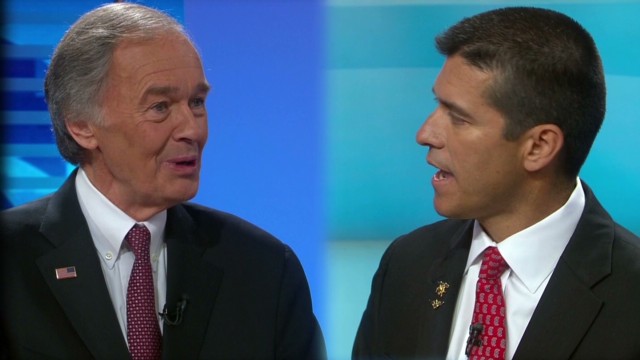 Gomez: If I lose Tuesday, 'I shall return'

“I'm confident I'm going to win. But as a famous general once said in World War II, I shall return. And I know that a lot of people are very excited about our candidacy,” Gomez said on “Fox News Sunday.” Voters in Massachusetts will select a new U.S. senator Tuesday to serve out the term started by John Kerry, who left the Senate earlier this year to become secretary of state. If Gomez loses, he could run again for the seat in 2014.

The Republican is pitted against longtime Democratic Rep. Edward Markey in the special election. The contest has been marked by negative campaigning from both sides: Markey has accused Gomez of being a pawn for national Republicans, while Gomez says Markey’s long tenure in Washington makes him a poor advocate for Bay Staters.

“Congressman Markey has probably done the most misleading, egregious campaign, trying to paint somebody that I'm not, and he's trying to scare people,” Gomez said Sunday. “I think he's scared and he doesn't want to talk about his record. And in the end, people are going to come to the polls, because they're more enthusiastic voting for me as opposed to voting against somebody else.”

Surveys in Massachusetts have consistently put Markey in the lead, though the margins have varied. On Saturday, Vice President Joe Biden campaigned for the 20-term lawmaker in South Boston, becoming the latest high-profile Democrat to hit the state. President Barack Obama and the first lady have both stumped for Markey in the past several weeks.

Speaking Sunday, Gomez said he was a moderate Republican who shared many of Obama’s legislative objectives, including passing comprehensive immigration reform and battling climate change.