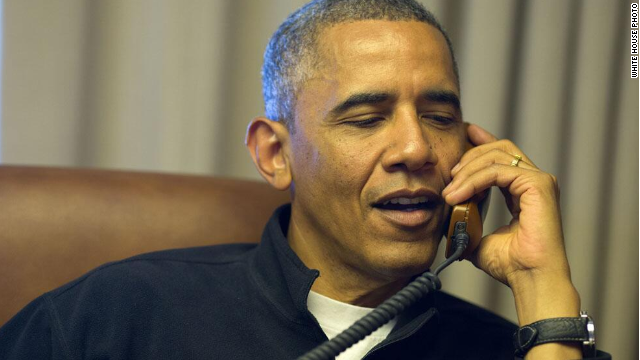 (CNN) – The Supreme Court ruling Wednesday that gutted the federal ban on same sex marriage elicited strongly divided responses from political leaders and advocates, a reflection of the broad disagreements that remain on the issue despite its growing acceptance among Americans.

President Barack Obama, who announced a year ago he supported same-sex marriage, said in a statement he was asking members of his administration to review "all relevant federal statutes" to ensure the Wednesday's decision is implemented "swiftly and smoothly." But conservatives vowed to continue their efforts to ban gays and lesbians from marrying, casting the rulings as a setback - but not an end - to their fight.

In Obama's statement, released as he was flying to Senegal aboard Air Force One, the president wrote the ruling striking down the Defense of Marriage Act was a "victory for couples who have long fought for equal treatment under the law."

"The laws of our land are catching up to the fundamental truth that millions of Americans hold in our hearts: when all Americans are treated as equal, no matter who they are or whom they love, we are all more free," wrote Obama, who earlier telephoned the plaintiffs who successfully fought to overturn California's Proposition 8.

In a conservation that aired live on MSNBC, Obama told Kris Perry and Sandy Stier, "We're proud of you guys."

"With your courage you're helping out a whole lot of people," Obama said.

California's governor Jerry Brown said Wednesday he was taking action in implementing the court's decision on Prop. 8, writing in a statement, "I have directed the California Department of Public Health to advise the state's counties that they must begin issuing marriage licenses to same-sex couples in California as soon as the Ninth Circuit confirms the stay is lifted."

"Time is not on the side of those who want to redefine marriage," Perkins said on CNN. "If it were, I don't think they would have gone to the court trying to impose same-sex marriage on the entire nation."

"I don't think this is over by any stretch of the imagination," Perkins continued. "And I don't think time is on the side of those who want to redefine marriage."

House Speaker John Boehner, who directed the Bipartisan Legal Advisory Group to defend DOMA, said Wednesday he was "disappointed" in the ruling but also said the battle was not yet over.

"A robust national debate over marriage will continue in the public square, and it is my hope that states will define marriage as the union between one man and one woman," Boehner said.