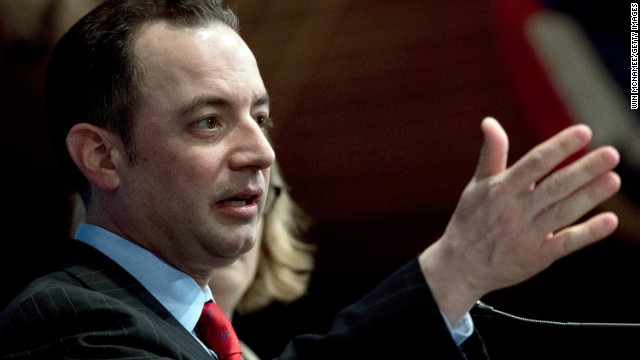 "We need comprehensive immigration reform," RNC Chairman Reince Priebus told CNN in an interview in his Capitol Hill office. "I don't think we can continue to drift along with this mess of immigration laws that we have. And a mess that in many regards has been the results of our government not even enforcing the laws that are in place. There is plenty of blame to go around for why we are in this position, but I think it's about time that we address it."

The immigration overhaul would create a path to citizenship for millions of undocumented immigrants, raise the cap on visas for high-skilled workers, and boost security along the U.S.-Mexico border, was approved Thursday by a 68-32 vote, with 14 Republicans supporting the measure.

The Senate bill, though, is not expected to pass muster in the Republican-controlled House, where a conservative-dominated caucus stands waiting in staunch opposition to the measure.

Despite that reluctance – and outspoken criticism from some leading conservative figures and Senate Republicans who opposed the bill - Priebus said "it's clear that there is pretty broad consensus in the party, in the Republican Party, that we need comprehensive immigration reform."

Priebus said that House Speaker John Boehner is unlikely to take up the Senate bill and instead craft a package that could be approved by the House before being taken back to Senate negotiators.

"My understanding is that the House is going to draft its own version of an immigration bill that they see as either a better fix for comprehensive immigration reform, or something that is reflective of the Republican majority of the House, and then potentially go to conference, and potentially have a conclusion," he said.

"I know the leadership in the House is committed to putting something pretty comprehensive together that's going to address the issue," he said.

Priebus, challenged with making his party appealing to a Hispanic electorate that favored President Obama by a stunning 3-1 ratio in the 2012 election, credited Republicans for helping push the immigration bill over the Senate finish line.

He pointed specifically to Florida Sen. Marco Rubio's decision to work inside the bipartisan "Gang of Eight" that crafted the legislation before taking it to the full Senate.

"One thing I think is pretty clear," Priebus told CNN. "We wouldn't have been in this place without Republicans being at the table pushing for immigration reform. And I think this conversation would never be happening without Marco Rubio."