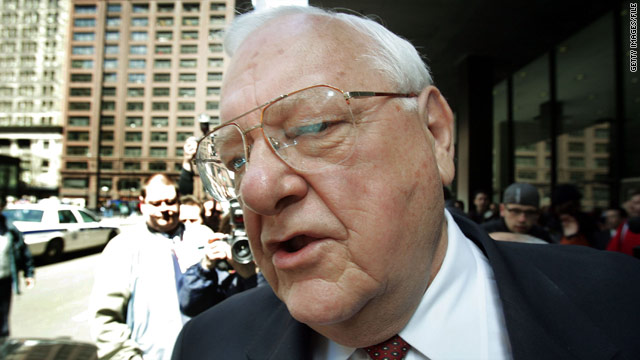 (CNN) - Former Illinois Gov. George Ryan has been released from federal custody, according to Bureau of Prisons spokesperson, Chris Burke.

Ryan had been on home confinement for the past five months in Kankakee, Illinois. He will now be on supervised release for the next year.

The former Republican governor was serving a 6 1/2-year sentence on racketeering and fraud convictions.

The disgraced ex-governor was convicted in April 2006 of fraud in a case stemming from bribes paid for various state licenses. The Supreme Court turned down his appeal in 2008.

His wife, Lura Lynn Lowe, passed away in 2011 while he was in custody but he was temporarily released so he could be with her during her final hours.

Ryan served as governor from 1999-2003. In one of his last acts of governor, he commuted the sentences of all 167 inmates on Illinois' death row. Three inmates had their sentences reduced to 40 years in prison, while the remaining 165 received life in prison.